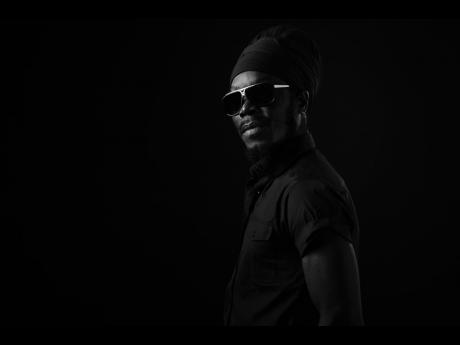 The song, which was produced by Errol Harvey, was released on July 22 on the Sinkle Bible label.

“Marcus Garvey is revered by many people worldwide as one of the greatest philosophers in modern history. He’s also the father of the civil-rights movement,” Shocking Murray said. “He has inspired many great black leaders, including Nelson Mandela, Jomo Kenyatta, Malcolm X, and Martin Luther King Jr. However, when you look at things in Jamaica, it’s like no one is trying to live by his teachings. People give lip service to his works and nothing else, which makes no sense.”

He added, “Marcus Garvey and King Haile Selassie tried their best to uplift the black race and bring peace and unity to the world. They were two of the wisest men to walk the face of the Earth. If we live by their teachings and philosophies, we will have a better world.”

Reality Curfew is the first single off Shocking Murray’s upcoming EP, which is slated to be released later this year on the Big Trees Label.

“The EP will consist of seven tracks; all of them are new songs. I’ve recorded all the songs already. We’re just completing the mixing and mastering, and after that, we’ll set a release date,” he said.

Shocking Murray was born and raised in Snow Hill, Portland. His given name is Collin Murray. He launched his recording career in 1992 with the release of the single Position on the Tuff Gong label.