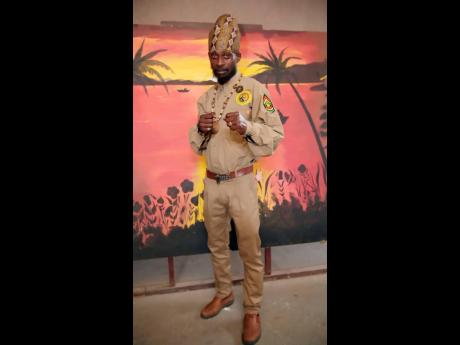 Having been in the music business for three decades, Mangasha is now ready to release his first album. The 47-year-old journeyman will drop his debut album, Songs of Mangasha this weekend. He regards it as a significant landmark achievement in his life.

“It has been a long time in coming ,” the artiste, whose given name is Hopeton Lawrence, said. “I feel really proud about this body of work.”

Songs of Mangasha contains 19 tracks, mostly reggae tracks with a few dancehall tracks peppered in between to provide variety.

The executive producer of the Songs of Mangasha album is Garfield ‘Sampalue’ Phillips, who will release the album on his Kingston 10 Records.

“I did a lot of albums in the past, in fact, I have done four full length projects, one for Cocoa Tea, which was never released. I did one for Sampalue, but this is the first one which will be officially released. It has the right mix to make an impression on the world stage,” Mangasha said.

Mangasha is known for the single, Red, Gold and Green, a cult song among Rastafarians that did well on the stage show circuit in the late 1990s.

Mangasha grew up in Westmoreland, and attended The Manning’s School.