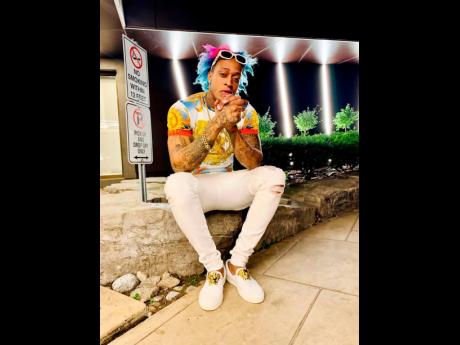 Popeye Caution is riding high from his collaboration with Ding Dong. The Good Tings Dem artiste is now working alongside Love & Hip-Hop star Safaree on the remix for his new hit single, Clothes Can’t Done.

Clothes Can’t Done is produced by platinum-selling producer 1stKlase. Safaree and Popeye Caution met each other at Ding Dong’s wedding held in June.

“When I attended the wedding, we were holding a vibe and the song played. Safaree liked it and decided to collaborate with me on the project so he recorded the Monday after the wedding,” said Popeye Caution.

In addition to landing an international collaboration, Popeye Caution held the single release party at Rum & Base in Miami, Florida.

“I am really enjoying the success of both singles and I am eager to perform on several shows in the United States, Canada and the wider Caribbean where my fanbase comes from,” he said.