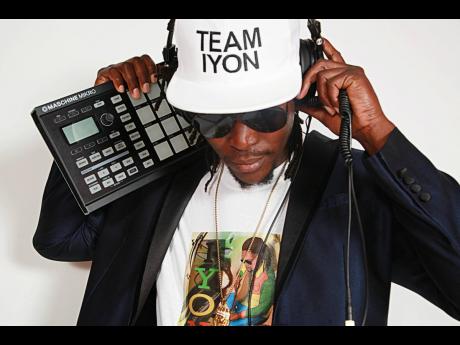 Music producer Iyon Lion is gearing up for the release of a reggae compilation titled 'Journeyman Rhythm', under his own Iyon Lion Records.

"This riddim is a traditional one drop reggae beat which has a steady, uplifting vibe throughout the track," he explained.

"My inspiration to do music came from my father, King Iron. He was a musician back in the '80s as a member of a group called The Fashioneers, who later on formed a new group called The Mighty Abidjans," he said.

His father first took him to a recording studio when he was 16 and from there, his passion blossomed.

"My creative process is mostly influenced and inspired by my surroundings and the energy that approaches at the given time; whatever emotions I'm experiencing at a particular moment will be borne out in my work. Sometimes, I might be listening to others' works and become inspired to create," he said.

Iyon Lion, who started producing in 2013, said he has various projects in the works.

"I have other exciting and fresh projects coming up on the heels of this current compilation. These upcoming works will introduce a new sound in the space, along with some very talented young acts, such as Luminous and Ashley Irae out of the United States and Gr8tone, who's locally based," he said.

The producer also has a few collaborative projects in the works with other young producers, such as HS Productions, Bench Top Productions, Boogie Down Records and AJT Music.