Party all day, all night 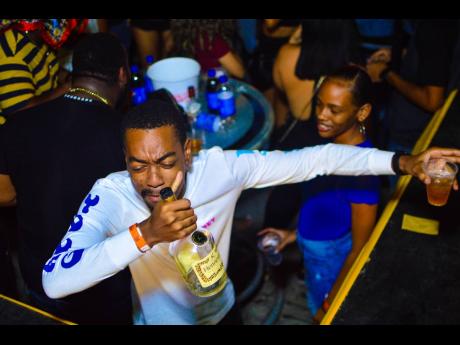 This man was caught up in his ‘spirit’ during the most recent staging of EAST at the National Stadium Parking Lot in Kingston. 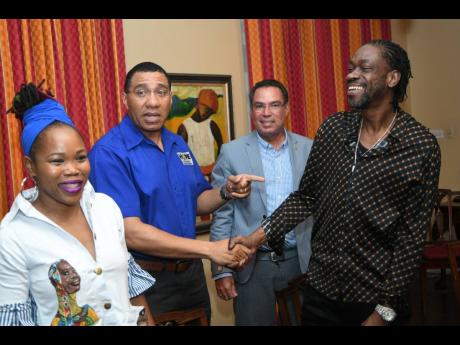 Imagine being allowed to party from dusk til dawn and not having to worry that the cops will turn up and lock off the party. Prime Minister Andrew Holness believes that it should happen, but within a certain context.

"I believe that there is a way to allow the sound system operator, the musician, the entertainer, to have their party. If they want to party until 5'o clock, then so let it be," Holness said.

For Holness, whose constituency is home to one of the most vibrant party spots - the Olympic Gardens hip strip - the staging of entertainment activities must be done in a manner that is respectful to the rights of others.

Apparently rehashing an initiative that was led by Damion Crawford with the creation of entertainment zones, Holness said he thinks Jamaica can create areas that people are allowed to go and party for as long as they want to.

"Call them creative oases, where people can go and party from sunrise to sunset to sunrise again ... where they have all the provisions necessary, from security, parking, proper stage ... because we need to embrace it, because that is the only way we are going to ensure that the culture does not cave in on itself," Holness said.

Meanwhile, Culture and Entertainment Minister, Olivia Grange recently met with stakeholders in the entertainment industry to discuss several areas of concern, including provisions of the Noise Abatement Act.

"I am advocating for a well-reasoned and fair approach that allows for good order and sustainable management of entertainment as an industry and an economic driver. Amending the legislation and the development of entertainment zones will make a difference in arriving at a solution," she said.