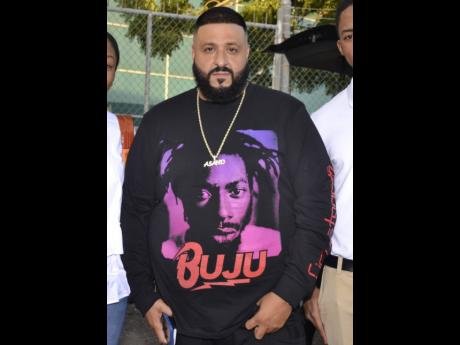 DJ Khaled is set to become a father for the second time. The 43-year-old DJ and record producer already has two-year-old son Asahd with his wife Nicole Tuck, but has now revealed his spouse is pregnant with another baby boy.

Alongside a video posted to Instagram of Nicole undergoing her ultrasound scan, the Wild Thoughts hitmaker wrote: "God is the greatest.

"All I ever wanted to do was inspire the world to be great and to leave a legacy. Almost three years ago when I found out my queen was expecting our son Asahd, I knew my life would change forever and that OUR legacy would soon be on the way.

"After that blessing, I released some of my biggest albums to date ( Grateful and Father Of Asahd) inspired by his greatness.

"Just when I thought life couldn't get any better, I received another blessing that my queen is expecting an addition to our legacy.

Khaled, who live streamed Asahd's birth on Snapchat in 2016, went on to praise his family, and said he would be keeping his fans' love with him on his journey into life as a father of two.