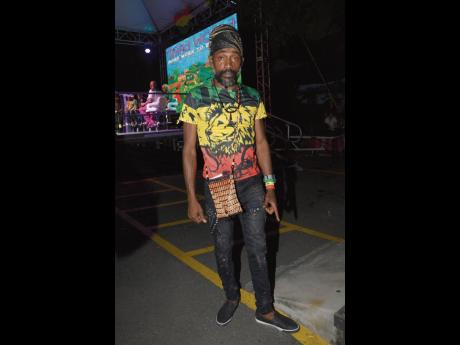 Reggae singer Lutan Fyah his hoping that his latest album, 'Longest Livah', will land a Grammy nomination.Produced by Locke City Music, it is a project that has been three years in the making. It contains 13 tracks, with titles such as All For You, Meant To Be and Never Say Never, featuring Beenie Man.

"The greatest expectations for this album are for it to be a hit and top the Billboard Reggae charts; even a Grammy nomination. We really want to help influence and challenge change in Jamaican and world reggae music," Lutan Fyah said.

This is the 18th album dropped by Lutan Fyah and the first in two years.

The lead track, which is simultaneously the title track, Longest Livah, promises to thrill.

"It's a song we created through natural vibes and to reflect on my own experience. As you know, I've been here for a while, making music consistently, and, throughout the years, I've accumulated a lot of fans and followers across the world through the music I sing. I will never slow down or stop, no matter what," Lutan Fyan said of the song.

Longest Livah is produced by Locke City Music and is being distributed by Zojak Worldwide.