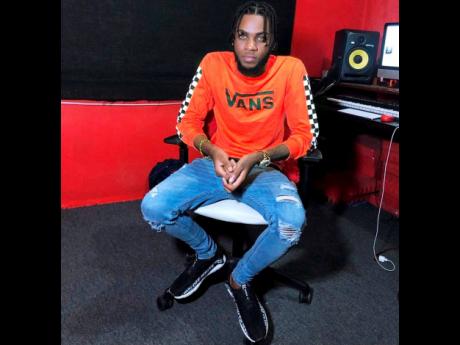 Having seen his brother Jahvel Morrison score success with a number of releases, including songs by Alkaline and Bugle, composer Week.day is aiming to make his presence felt in local and international music circles.

He is credited as the composer on the recently released 'Olympe Rose' rhythm, which was produced by Usain Bolt.

"The collaboration with the Olympe Rose came about after linking with Hit Plugg. Sometimes we would link up at the studio and just put our ideas together and create new sounds. We made that beat a while back, and recently it was chosen to be a part of this project with Usain," Morrison said in a media release.

Among the artistes featured on the Olympe Rose are Munga, Ding Dong, Christopher Martin and Dexta Daps.

A career in music was inevitable for the St Catherine-based Morrison. His father was a musician, so he was bitten by the music bug early.

He also studied at the Edna Manley College for the Visual and Performing Arts.

"I grew up watching and listening to him (his father) play the guitar. I was also inspired to get into music by my older brother, Jahvel," said Morrison.

He is aiming for the international market with his Tru Ambassador Next Generation label.

He said, "I still have a lot to learn and a far way to go. I am going to continue to put in the work, and I will become one of the greatest producers. Eventually, I would like to write soundtracks for movies and television shows."