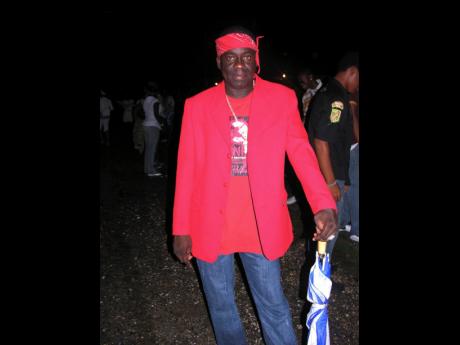 Dancehall artiste Black-er is stepping up promotion of his hilarious new single, ' P P Bill', which provides social commentary on the brutal economics of male-female relationships.

Released a month ago for producer Rohan 'Snowcone' Fuller, the song has quickly gained a cult following in the streets.

"The song has sparked a debate among lots of people. The men agree with me. One man said, from you have a woman in your life, you will have to pay that particular pension for the rest of your life, from primary school to the grave. He said the first bill he had to pay was when he had to buy 'suck suck' as a present to a girl," Black-er said.

He said that the idea came through a vigorous discussion on the nature and origins of this unique pension with one of his journalist friends.

"Me and him ah reason and him mention it to me, and mi just start laugh and mi write the song right there and then, and mi record it a few months later for Snowcone," he said.

The song has become so popular that promoters have begun to host events using the name. The last one was held in Angel Heights in Spanish Town earlier this month.

He said that there are plans to bankroll a video for the single in October.