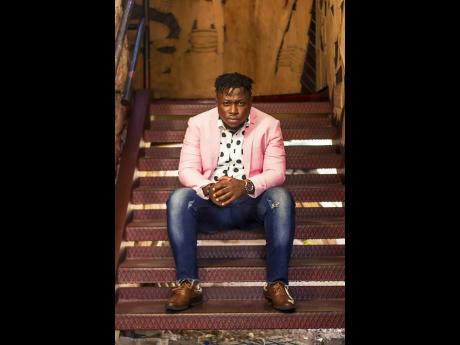 The last time THE WEEKEND STAR caught up with Godartiste, he was running a race against time to complete a certification programme at the Edna Manley College of the Visual and Performing Arts (EMCVPA). Sporting a new look, not his usual tapered short afro, is the first marker that Godartiste has made changes.

The motivational singer said that with careful deliberation, he has gone down a different track. “One of my lecturers at EMCVPA advised me that the right path to take was investing in an education that would enhance the skills I already possessed. Currently, I am studying to graduate with an associate degree in music performance.” He continued: “I don’t know if this is where I am going to stop because as the journey goes on, it gets more and more interesting. The process forces me to learn and figure out more things about my voice, and I see improvement in my music as well.”

The singer, popular for Got To Be Free, an emotional prayer to God to let the people of the world find a way out of the negative chains keeping their spirits prisoner, says that the ‘Edna experience’ has opened not only new doors to exposure but his mind to a wider knowledge of production.

Speaking about his first album, he said, “I did not understand. I thought I only needed to sing something but never paid much attention to the work that went into producing quality music.” He is currently invested in the amount of studio time that goes into his recent music, having spent up to four days straight in a studio re-recording tracks. Originally, Godartiste would have done more reggae tracks, but he revealed, “This time, I meddled in afrobeats, soca, and ‘90s dancehall. There is something for everybody to listen to, and I believe that by exploring other genres, the message will reach further. The millennial listeners still want to hear positive motivation, and we, as the artistes, want to get the message out. Nowadays, when people see me, they don’t call me out by name but with lyrics, lines from my songs.”

The first track from the five-track EP was recorded two years ago, but the complete project drops today and features collaborations with Adrene Osbourne and John Mark Wiggan.

“The first album in 2016 did not get the sales expected, so I did not want to rush into making a new project and make the same mistakes again. I also started targeting more Caribbean territories, and my following has grown.”