STAR of the Month: How to write a hit song - Munga gives a peek into his ‘writing room’ 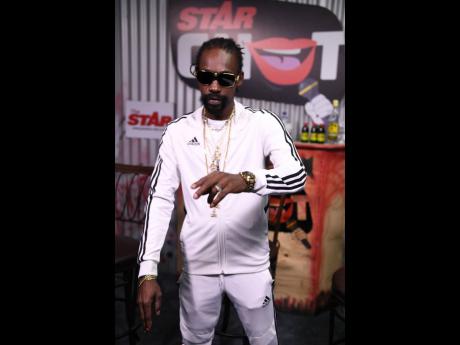 Munga on the STAR CHAT set. 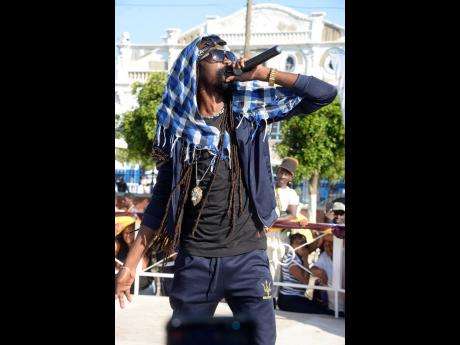 ‘Nah Mad Ova No Gyal’ inarguably put Munga Honorable back into the dancehall limelight, and it wasn’t ‘buck-ups’. This dancehall artiste has his formula down pat, and exudes confidence – enough to discern between which of his songs should get scrapped, can pass, or will be a certifiable hit.

Recently, the so-called Gangsta Ras released Fiery, a five-song EP produced by Hilltop Records and associates, and distributed by VPAL. The lead single is the title track, Fiery. The other tracks are, Amazing, which covers Munga’s cultural expression; Hard Work, which samples Barrington Levy’s Everybody Must Work; Kingpin, the dancehall swag song; and Survive Through The Pressure, features twice on the EP, to include a raw edit.

But among these, fans won’t find a blazing follow-up to Nah Mad.

“Mi nuh finish write the run-the-place song yet. A few of them will maintain – hot. But as in Nah Mad – mi nuh dun write it yet. I write like this – mi will write the song and put it down. Probably, me woulda par and we a vibe it, and by the reaction weh she ah gimme – a nuh it dis. Scrap!” he told THE STAR.

‘She’ in this case, was Munga’s tragically, deceased friend, Tashana Cumbermack. After she snarkily responded to the artiste that Munga ‘nah mad’ her, he found the hook. But it still took him a week to finish the song because each verse was inspired by other casual conversations and comments.

In fact, in putting the hit song together, the intro ended up being the final piece of the puzzle. It came to him in something like a flash – watching a back and forth between his friend and his friend’s babymother. “The intro came last, the last part we wrote. The day when mi ah test the song, mi ‘mongst mi bredrin dem.”

All they had were the chorus and verses. Until he witnessed a familiar scene – that he condensed into four lines.

“Mi ah deejay the song to mi bredrin, and we ah walk towards to the road, to the car. Him babymodda think we were leaving. So you know she come wid di craziness! Craziness out now! Suh mi seh – pull up! ‘Mi nu wah nuh gyal pressure me as me wake – like how Marie love gi Tajie* headache…”

And the fans know the rest.