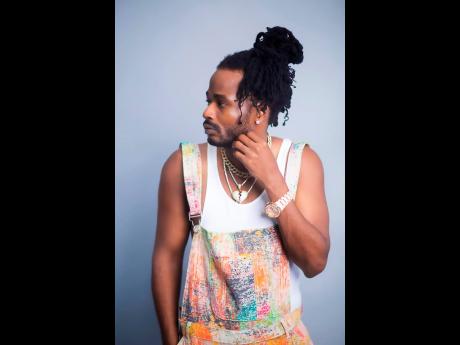 Fans of recording artiste Bramma may soon have a full-length album from the artiste. The ' Never Worry' singer has been working on his debut project, set to be released before the end of the year. The compilation, titled ' Rugged and Deadly', is said to have 14 tracks and will feature some of reggae and dancehall's biggest names, including Luciano, Anthony B, Morgan Heritage, I-Octane and Stephen 'Di Genius' McGregor.

Although the album's title would suggest that the deejay would be sticking to his hardcore dancehall sound, Bramma said the compilation will showcase more of his roots, rock, reggae side.

"I am getting older now and hardcore dancehall is all good, but I want to do more music that has longevity and messages that can educate and uplift the youths, which will improve the society on a whole," he said.

"How would it look to see me as an artiste in my senior years performing this derogatory music for the kids? Understand that I will still do music for the streets, but that type of music is not appropriate for all audiences and my ultimate aim, aside from being successful, is to be a well-rounded entertainer.

"I am excited for my fans to hear this side of me, because they will get to hear me addressing a lot of topics I generally don't sing about, like relationship, life struggles, heartache and some personal challenges," he continued.

Producers such as Stephen 'Di Genius' McGregor have contributed to the compilation, which also includes work from DJ Nicco, DJ Smurf and Bramma's GGOD Records. Bramma said each producer was hand-picked by his team because he doesn't want all his records to have a similar sound. The project, he said, will therefore be a collective of everyone's unique style and dynamic.

The album was executively produced by Riddim Force Records and will be distributed by VPal Music. Bramma is expected to embark on a series of live concerts across the eastern US next month to promote the project, starting on November 21. In addition to the live series, Bramma also shot the music video for the album's lead single, Belly of the Beast. The visuals are expected to assist with its promotion and will be released on October 21.