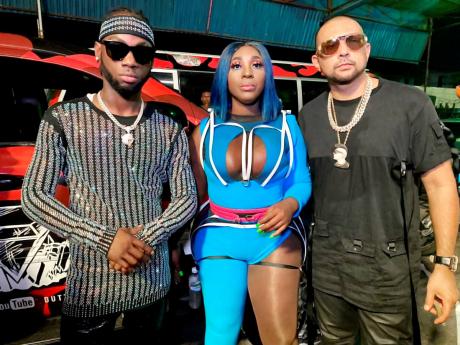 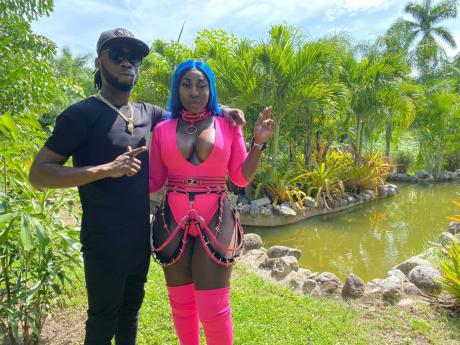 It has been a phenomenal year for artiste Stylo G. His song, ' Dumpling', which is now one of the most-played songs at events, has transformed into an even better mix of lyrical flavours with the remix version that features two of dancehall's heavy hitters, Spice and Sean Paul.

It is not unusual for songs to be remixed but all three artistes agreed to re-working, not only the verses but also the visuals for the production. For Stylo G, collaborating with the 'Queen of Stage' and the Grammy Award winner was always on his list of goals.

The deejay, who headed back home to the United Kingdom after a run-in with police three weeks ago, told THE STAR: "It does not make sense doing a song with artistes of Spice and Sean Paul's calibre and not have a video to show, so I flew in for the purpose of getting the video done."

Stylo G's original video, which was released in July, has garnered more than 2.5 million views but he says he is expecting a lot more for the remix version which was recorded last Sunday. The video is produced by noted filmmaker Jay Will.

"Me always believe anything weh me a do, me do it to the best ah me ability; I always believed I would be working with both artistes at some point throughout my career and now that it has manifested, it is a pleasure to have both on one song. The remix is not doing any danger but taking it to another level with the wide audiences that both artistes attract," he said.

Spice agreed with Stylo G's outlook, noting that there is always room for a song to get bigger than it is. "Seeing that Dumpling was doing well, I, Spice, will still add spice to it that only means a more zest, while Sean Paul will add the international flavour," Spice told THE STAR. The Under Fire female deejay shared that the lyrics came easily, having written her verse in a couple minutes.

Adding to that, Sean Paul expressed: "It all starts with the rhythm for me, so when I hear a hot tune out there and people want me on a remix it is a no-brainer. The video is important especially for the reason that Jamaica built me. My family and friends enjoy the music and the culture, and, as such, I want to take part in what contributes to the history of it."