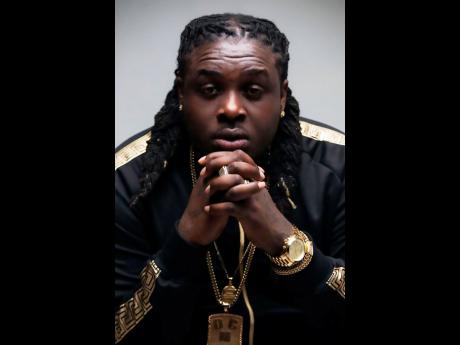 The good thing about Jamaica's popular music scene is that dubplate culture is very popular among sound systems said Jah Vinci. It is particularly big business for the artiste who has been requested by a fair share of sound systems, locally and internationally, to cut dubs for clashes.

"The business for dubs will always work once artistes have good songs in them catalogues; sound systems and selectors buy them even just to hear them name call inna it," Jah Vinci said.

For many years, Jah Vinci laboured to get his music career off the ground, which was later channelled in rewarding direction with Vybz Kartel's help. Some of the artiste's popular tracks for dubs were recorded during that period, including Watch Yuh Friends in 2009 and Remedy in 2010.

He says artistes like him have gained from recording and selling dubs.

"It put money inna me pocket, yes, but it also gives me and my music exposure across the world. Today, I may need to cut dubs for Mighty Crown based in Japan, tomorrow it may be one of our home-grown sound systems like Stone Love - the market is wide and varied," he said.

The cost of a dub cut from one of his tracks, however, all depends on the song and the amount of details.

"The price is not steady. There are persons that request from the older catalogue of Jah Vinci music and others want the newer songs. It may cost more, especially for an exclusive in the case of a sound clash like Red Bull Culture Clash, where requests may be made to call a next man name in the song, or record lyrics on a different rhythm that is changed up just for the dub," he said.

"Been doing this over the years as another platform to hear what is new and give a vibe with the older stuff - not for the hype - it is a good medium to give more of Jah Vinci," he said.

Jah Vinci was actually leaving a studio session recording dubs solely for Red Bull Culture Clash event when THE WEEKEND STAR contacted him, but he said that it would be unfair to reveal which of the crews he recorded for.

"Just know seh any crew me mek dub for, haffi win!" he exclaimed.