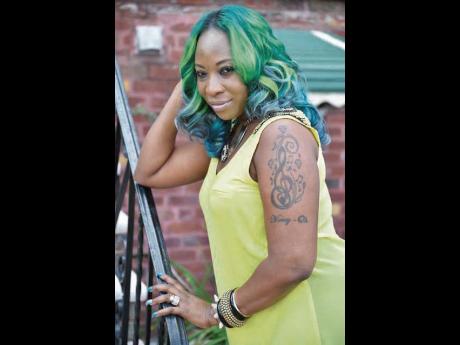 Dancehall artiste Macka Dia mond can now add another first to her long list of accolades in her career.

The showstopper is set to grace the stage at Reggae Lovers in San Jose, Costa Rica, this Saturday night.

Macka, who has travelled the world extensively over a career that has spanned almost three decades, sees this Costa Rican debut as testament that her efforts to continue recording dancehall music is definitely worthwhile.

"Costa Rica has reached out numerous times to book me but it just never materialised. But nothing happens before its time, and I believe now is the right time," Macka said.

The artiste has benefited from many of her hits transcending geographical and language barriers over the years, including her mega hit Dye Dye, which was also recorded in Spanish.

Her Play Tune single that was originally a dubplate for DJ Coss from France, has also become a hot ticket item in French-speaking countries.

Macka also believes her new hit single Cucumber has the potential to also 'cross over'.

"When I record music, I take the world into consideration. I get inspired by so many different sounds and styles and I'm always evolving as an artiste. That is why I'm still relevant and successful after so many years," Macka said.

Macka returns from Costa Rica next week to shoot the video for the Cucumber single, directed by Terminal 4 Media.

She then leaves the island to embark on her North American Cucumber Promotional Tour. The artiste already has confirmed dates in Toronto, Canada, and multiple stops in the US.