Bacchanal Jamaica not looking to be the biggest band 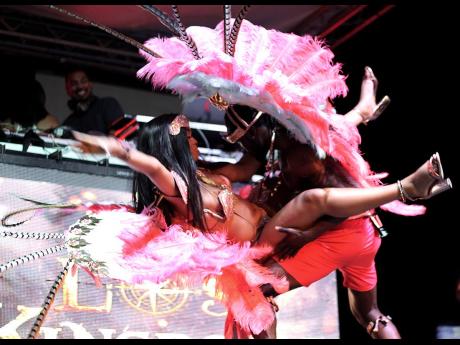 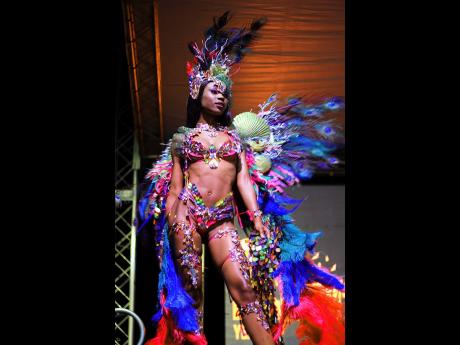 The designers of carnival costumes have a great responsibility to meet the standards of the band, says Michael Ammar Jr, director of Bacchanal Jamaica, a band that has dealt with its own mishaps - which he assured will not happen again.

"We are selective with the bands and designers that are allowed to partner with us; most of the persons we are presently working with have either done so for previous carnivals or come highly recommended," Ammar Jr told THE STAR that following the band launch held on the weekend at Mas Camp.

The band in question, Ubiquitous Jamaica, designed by Leroy Anedu, came under fire for providing faulty attire to several masqueraders marching with Bacchanal Jamaica in 2018, and failing to deliver costumes to some revellers.

Ammar Jr said that Bacchanal Jamaica did not partner with them for the last Carnival season for that very reason. He expressed: "In our best efforts to have only those partners that can meet our standard, a few of those like VIP Carnival out of Toronto, who is with us again for the third time and a couple of other New-York based bands."

"Atlantis stood out in my mind because I never saw so many intricate decorations on any one costume; I had to ask the designer if he was crazy," the band director jokingly said.

"It is costumes like these that take hours and hands on deck to create and lots of hands on deck but we succeeded year after year to assemble a team, that works together to accomplish the goal of satisfying persons that play mas with us."

He is not worried that the sections will not deliver and from the launch, all costume prototypes met the standard, holding together even through dancers' heavy gyration and antics on the stage.

Ammar Jr said: "The truth is there is nothing second class about Jamaica's carnival scene anymore and Bacchanal Jamaica is not looking to be the biggest but a medium-sized band with about 1,500 revellers that delivers premium service that ultimately makes it the best."

Next year marks 20 years of Bacchanal Jamaica but 32 years since the team initiated carnival in Jamaica, which he says is cause for lots of celebrating.

"I believe I will be very happy on carnival day. In 2017, we had the lowest year ever experienced in about a period of six years, which we rebounded from and we don't want to get into any "mas mess" that we see happening with other bands or carnivals in future," he said.