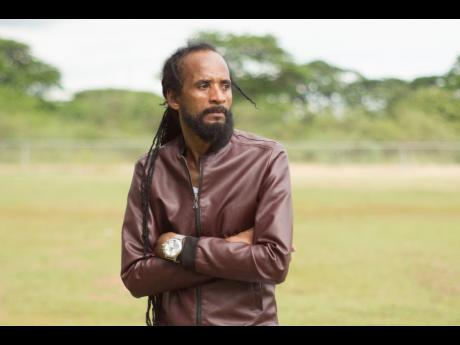 Reggae singer Alpha Rowen has returned to the spotlight. The Spanish Town-based artiste is currently enjoying a huge buzz with his recently released single, ' Cookie Crumble'.

The song, which was produced by Earl Sterling, was released on the SMP Records imprint late last year.

Since its release, the song has enjoyed heavy rotation on several popular local radio stations, including RJR 94 FM and HITZ 92 FM.

"I am very grateful for all the support that my song is getting; it's doing well both locally and overseas," said Alpha Rowen.

Confident that the song will be a hit, Alpha Rowen and his team have left no stones unturned in promoting it.

"And it (the promotion) is paying off. Every time I go on the streets, people keep telling me 'Alpha, yuh find it again'," he said.

The video for the song has also been garnering attention on local media.

"I want to thank all the fans for their support. Thanks to all of you for making my video number one," he said.

Alpha Rowen is currently working on a 14-track dancehall album titled Badda Dan Yuh Artiste, which is slated to be released early next year.

The second single from the album, which is the title track, will be released by Zojack Worldwide on December 15. Cookie Crumble will also be featured on the album.

Alpha Rowen is known for songs such as Chakka Chakka, What Can I Do Lord, Africa's Calling, and Murderer.