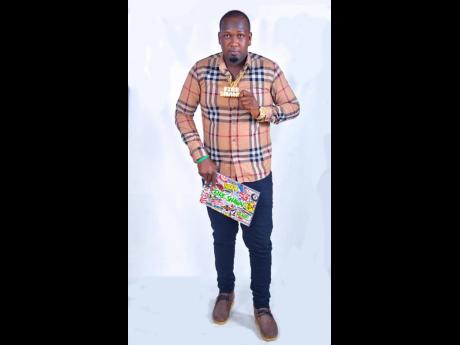 Dancehall selector Fire Shawn understands that while the Government has genuine security concerns because of high crime statistics, the culture, and more specifically, dancehall, should not be penalised.

"I understand the security concerns because the crime rate, especially murder, is high. But from a dancehall perspective, I don't support early lock-offs 'cause no matter what, the people dem nah come out 'til 12, and a two-hour segment of partying nuh mek economic sense. The economy hurts because the small man rely on a trickle-down ting to survive, and now not even the cane and peanut man can't hustle a dance gate again," said the selector, whose given name is Alando Greaves.

"I grew up with a sound in my backyard because it used to be a lawn in Cocking Hill; so music was a part of my life from mi eye de ah mi knee," he said.

He started playing on his uncle's sound when he was about 14 years old, then years later, he got the nickname 'Fire Shawn' when he got a job playing for the Star Fire sound system.

The name 'caught fire' with his peers and he continued to use it as he landed gigs in the Guys Hill area.

Fire Shawn enjoys huge support for his music stylings in his home town, Lacovia, St Elizabeth because as he puts it, "I am an all-rounder who can play any segment and play at any event; and I play every genre of music, that's why."