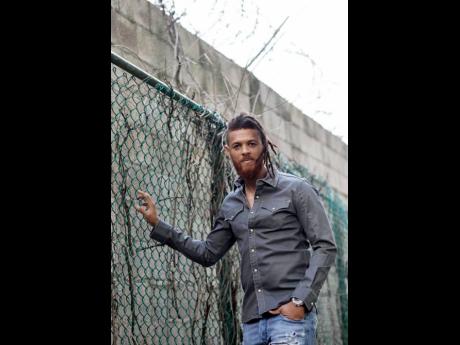 'People a respond to it. Everybody loves the energy, so we are stepping up promotion on it,' said the artiste, whose given name is Tom Jones.

There are plans to shoot a video for the project soon. The song marks a major comeback for Panic, who made waves as a rock-reggae-roots artiste as part of the band Panic and the Rebel Emergency more than 14 years ago.

"Right now, I love being back in Jamaica reconnecting with my family and friends. I have a lot of songs in me, a lot of things to say. So I want the world to look out for what Panic has to say," he said.

Panic gained a reputation at Calabar High School for his deejaying skills. Once he left school, he linked up with Nemesis sound system, where he did mixes with his friends in a room in Norbrook, upper St Andrew.

He left Jamaica in 1999 and became the resident engineer at the fledgling John Shop Records in the Bronx, New York. He got to work with a who's who of talent including Buju Banton, Sean Paul, and Vybz Kartel.

He got a big break when he linked up with a Canadian band, Rebel Emergency, and they signed a deal with TVT, which had major acts like Ying Yang, Pitbull, and Nine Inch Nails.

The label shot a video for a single called Walk on By, but then, fate struck.

Panic was arrested as a co-defendant in a federal marijuana distribution case and was convicted along with four others in a Manhattan federal court on charges of conspiring to distribute and possess with intent to distribute more than 1,000 kilograms of marijuana.

He served 13 years and two months before his release this year.

On returning to Jamaica, he immediately hit the studios to start recording.

"Music lives within me, so I had to get it out. I linked Teetimus because we used to do work back in the day, and the first day we hold a vibe, we did Nah Go Change," he said.

He dropped a second single, She is a Rider this week as well, also produced by Teetimus.