Shankle Dip has the magic 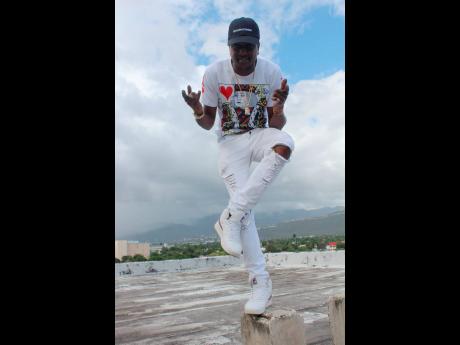 Dancer Shankle Dip says he is the man of the moment.

Currently playing a huge role in Elephant Man's video for his comeback dancing single Find It, the dancer says he is enjoying the flex.

The song is produced by Downsound Entertainment, and, according to Shankle Dip, his presence was demanded for the music video.

"Skatta [Downsound producer] call me up and say: 'Mek sure yuh deh deh," he recounted, and with the teaser out for the video, Shankle Dip's name is being called. "Boom Boom [dance hall selector] see me, and him sey: 'We nah see you at di party dem, but a you a di man'. A me have the magic fi real," he said.

Shankle Dip, whose name is also that of a dance, credits Elephant Man's 2003 single, Jiggy, as the song that changed his whole world. It brought him forcibly to the attention of the movers and shakers in dancehall.

Since then, Iverson Bounce, Weddy Weddy, Jiggy, Rula, and Look Outta Road - all the names of dance moves - have helped to cement his status within the dancehall fraternity. Always aligned to legendary dancer John Hype, Shankle Dip's years of working in the dancing arena have seen him flying out to the Caribbean, North America, and several other places across the globe.

"My first trip was with the Shocking Vibes Crew. John Hype did ask me if me have passport, and me just go look bout it quick. And can you believe that when time come to go Bermuda, a me alone as dancer end up going? The other man dem have bare excuse bout the passport thing," he recalled.

One of the most important things to him is that he has remained loyal to those who set him on the path to eventual greatness.

"Me loyal and me God-fearing. A Shelly Belly bring me to John Hype, and when him seh him a leave, mi ask him how him can do that and a this man give we shine and mek we a fly out," he said.

Shankle Dip, whose real name is Royan Fagon, is big on giving respect to legends. He mentions a time when "Him see the man dem a move selfish" as it related to John Hype, and he promised himself that he would be different.

"In 2017, mi stir up a storm with Harry Toddla, Go Rula, and go back fi John Hype, but Toddla neva tek it serious," he stated. "Now we set up a IG page for John Hype, and him love it. Him seh him never know that a so Instagram did nice," he said.

A graduate of Norman Manley High School, it was there that he met dancer Shelly Belly, who used to visit the clubs from when he was a student and would regale him with his experiences.

"True Shelly Belly did look older than me and George Straight, him coulda par wid John Hype dem before we, but soon after we leave school, we link with John Hype and him set the ting," Shankle Dip said.