DJ Mental says he is the ‘mad boss of energy’ 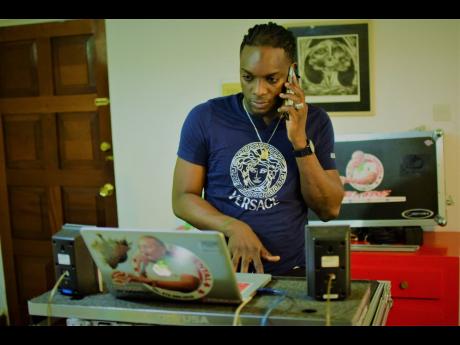 Though not yet a veteran selector, Jason Morrison, aka 'DJ Mental', says his energy at parties is akin to seeing fireworks.

The selector, who is a staple at Uptown Mondayz and other weekly events, told THE STAR that it is difficult for patrons to stand still while he's on the turntables, as he always brings top-notch energy.

"I just observe and understand the crowd before it's my time to play. When it's my turn to play, I just feed off the crowd's energy until the party gets 'shell'. Trust me," he said.

He added that he is often booked for shows in the United States and Canada, but says he is not about the hype, but more about spreading the genre across the globe. DJ Mental also sees himself as a dancehall ambassador.

" I have a passion for dancehall music. Everywhere I perform, I make sure people know that dancehall is dear to me. I will never sell out," he said.

Having recently concluded a Canadian tour, DJ Mental said promoters also recommended him for other events, so fans can expect to see him there again in short order.