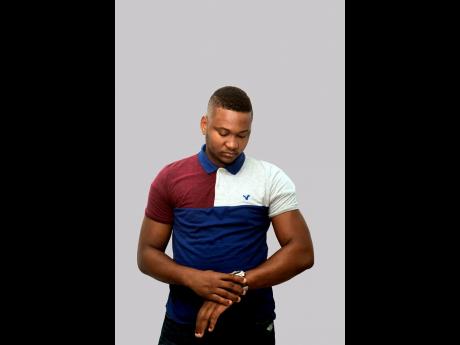 In a local creative space where dancehall and reggae garner more attention and fanfare than other art forms, one creative mind is poised to challenge the status quo through poetry.

Kalm Medz, an up-and-coming artiste, says he considers his genre of artistry to be 'musical poetry'.

"Musical poetry is the fusion of the spoken word and deejaying on any one track. By using this kind of creative technique, listeners are able to hear more keenly as I deliver a piece and are not readily lost as some are when deejays rhyme at a faster pace over faster beats.

"At the same time, I think as poets, sometimes we are too thought-provoking, and that may lose the audience if they have to spend too much time deciphering what was said. It's about balance," he reasoned.

Kalm Medz has been getting good feedback for one of his latest singles, Celebrity Love Letter.

Born Sheldon Williams, the actor, poet, and songwriter is one of the three featured performers set for the staging of the Apollo Series on November 23 at the Haven on Hillcrest Avenue, and Tales of Autumn on November 30 at the Alahmbra Inn.

"Before I perform, some persons don't know what to expect because they are not sure what I do exactly. It is not until I deliver lines and get into the element of my performances that they start to react favourably. I recently introduced myself as a poet to a young lady I was trying to sell a ticket for an upcoming show to and she asked if I was going on stage to do Louise Bennett," he joked.

Kalm Medz says he is focused on expanding his fan base while working independently on his debut EP.

"I'm looking at the title 'Ten Pounds Three Ounces' for my upcoming project. I'm working mainly with a Jamaican producer based in the United States, Roopytunes. He is super talented and has an immaculate ear for music, so I'm excited about our collaborative project," he said.