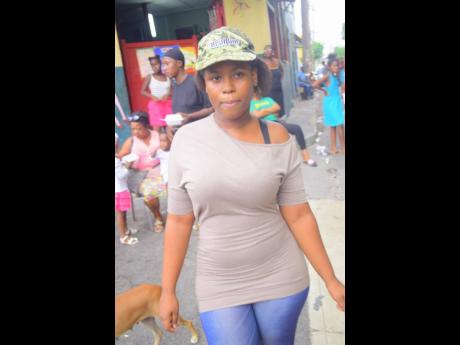 Looking at 15-year-old Fletcher's Land native Andreen Wright aka Essence, you would think that she can't 'mash ants'.

However, whenever a microphone is in her hand, her demeanour changes, and her raw talent, lyrical prowess, and confidence come out.

She says that she has been singing since age nine, but a month ago, Essence and her Etham High schoolmates created quite a stir with a performance on TVJ's All Together Sing school choir competition.

The video was uploaded on YouTube and has garnered over 50,000 views in a month. Essence isn't just an ordinary student. The budding artiste is a role model for her peers.

"Students and teachers at my school say what I do is amazing, and they love the energy that my music produces for a girl my age, and some even give me the push to keep on singing by saying I'm going to be a very successful singjay in the future," said Essence. "I would say everybody at school loves me ... even the vice-principal at my school is singing my songs along with other teachers."

Essence is trending well with tunes such as Mih Bad and Big Dreams. The music is produced by Bus A Youth production and Haile Cush Records.

And it appears that the talent runs in her DNA. Her father, Cassafaya, who is a veteran artiste, said that from an early age, she showed glimpses of musical talent and her dream was always to become an artiste.

Essence said that she longs to be famous like Lady Saw (now minister Marion Hall) and Spice and to be alongside young talents like Koffee.