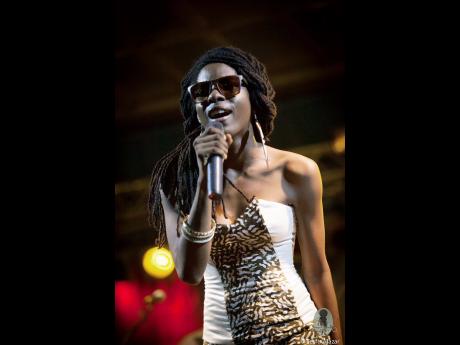 Jamaican singer and yogi Jah9 recently released her new single, ‘ Ma’at (Each Man)’, accompanied by a beautiful visual directed by Samo Kush I.

The track is the follow-up to her hit Heaven (Ready Fi Di Feeling) and adds to the anticipation for her forthcoming album in 2020.

Through Ma’at (Each Man), Jah9’s mix of spoken word and soaring melodies float gently over a throbbing dub bassline.

Halfway through the track’s instrumental break, Jah9 pivots into a nimble, poetic delivery deconstructing what it means to live a righteous lifestyle.

The video is a stunning collage from Jah9. Whether she is front and centre against a stark white backdrop or basking in her element among her natural surroundings in Jamaica, she commands the viewer’s attention.

The word ‘Ma’at’ is derived from the ancient Kemetic (African) system of spiritual cultivation.

The principles of truth, justice, balance, order and harmony govern all aspects of life and when these divine laws are put into practice it culminates in man’s evolution towards divinity.

The chorus itself invites us to “keep it light as a feather”, inspired by an analogy on how the dead would be judged based on how they live.

Their hearts would be weighed against a feather on a scale to determine their ultimate resting place.

These principles are a key part of Jah9’s life and yoga practice, which heavily features Egyptian kemetic sequences.

“I speak about the karmic cycle and its real implications for the individual relative to their actions. No actions go unnoticed, and I am ever reminded that what we pay will be weighed when we meet our judgement day. For I, it represents a coming of age, an initiation into the real meaning of social and personal responsibility, an understanding that fosters self-discipline and strength of will; the key tools for rising above karmic forces,” Jah9 said.