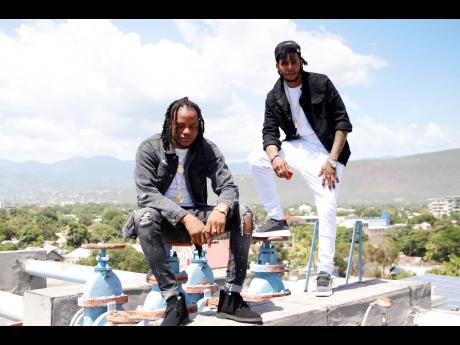 Known for their dancehall trap style of music which has been garnering huge traction throughout the music community, the duo Narkoz has once again demonstrated why they are at the forefront of this sub-genre.

The brothers, Quaiboss and Chancelawd, have released songs such as Take Over The World, White Teez and Boasy, which have amassed approximately two million views on YouTube combined.

On the weekend, they released another single, titled Cheddar, with accompanying video.

The video, which demonstrates the notorious drug trade between Haiti and Jamaica, is artistically done to demonstrate the struggle of every ghetto youth who is shackled by poverty.

Though it may be somewhat controversial, Narkoz is standing by their artistic freedom as they reflect the Jamaican society and that of others.

Cheddar was produced by Trap Music Culture and the video directed by Rocket Vision.