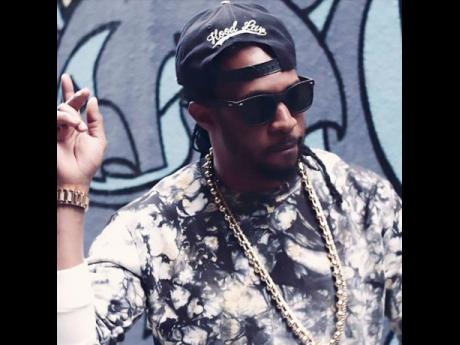 German-based singer Lazimba released his electrifying new single, ' Live To Love Ya', on October 18 and it has already gaining momentum.

The track is a potent blend of styles, including reggae, dancehall and hip hop, and features fellow German artiste Stavros Vamvakidis.

"I met Stavros Vamvakidis through a friend. We realised really quickly that our musical vibes would go really well together, so we started to work on our first song, and the rest is history," expressed Lazimba.

The recording artiste stays true to his unique and uplifting groove in Live To Love Ya, as he sings about love, life and navigating through it all.

Live To Love Ya has been performing well since its release, and Lazimba couldn't be happier with the feedback.

When quizzed about his creative process, he explained, "It is always about the feelings and inspirations I get from special encounters with people, for example, or topics which move me and lead me right into a creative process. Sometimes I have the idea for the instrumental/riddim first and then the song sits there a while, waiting for the right lyrics. Sometimes I have the idea for lyrics and the instrumental comes after."

The accompanying music video was shot in and around Munich and directed and shot by SV Film Productions.

Lazimba, who has been living in Germany for over a decade now, expresses that it was the love of music that brought him there in the first place.

"Music brought me to Germany, actually. In 2006, when I came to Europe for the first time, I was touring through Germany with my former band Aluta Continua, thereafter I got the opportunity to live and work here and I took it," he said.

Lazimba is working on his forthcoming EP, which will be a fusion of reggae, dance-hall and hip hop. It is set to be released later this year.