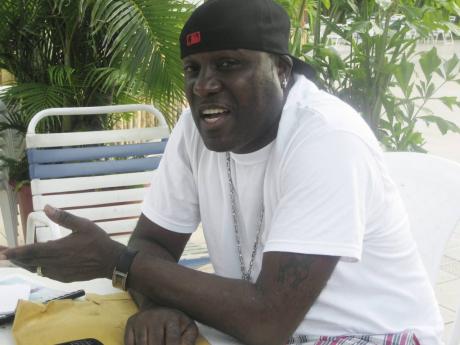 L ewd lyrics aside, former producer Boswell 'Stampede' Lammie says the lack of creativity of artistes and their teams in music video production is also a cause for concern.

He said that too many dancehall artistes have utilised the concept of female-on-female sex acts to promote their music.

"It is not like the artistes are advocating for lesbian relationships; these artistes will do anything to get 'likes' - whatever it takes to get their names called. So even if they have a song that has a great message, it will be lost when other visuals begin to circulate," Stampede told THE WEEKEND STAR.

He continued: "Without a doubt, the lack of creativity is present based on the fact that the topics and video concepts are repeated among artistes, especially in the dancehall space, which they deem as an attention-grabbing strategy to secure quick social media views."

Dancehall artistes such as Shenseea, Masicka and Don Andre have come under fire from Stampede for not having any imagination.

He singled out Masicka's Blessing video as the artiste has been called out before for singing about the female anatomy being a blessing.

But instead of Masicka interacting with the females, the video shows women touching and kissing each other.

"I have had several upcoming artistes reach out to me, asking if by using girls kissing each other in their music videos it would get their music videos to the top 10 trending on YouTube," he said. "Even when the lyrics have nothing to do with the concept ... that is so sad. More and more young artistes are influenced by these seasoned entertainers' videos like Masicka's ... they need to not only hear good music but watch music videos with a great message also."

He said that music video production cannot be focused on gaining views, and, in fact, having more than 500,000 on the digital platforms does not reflect precisely that the video is appreciated.

"I, Stampede, don't support these video concepts and I know I am not alone in that; as a music struggling to compete with other genres, it is not a good look for dancehall music especially to our children who are our future artistes," he said.