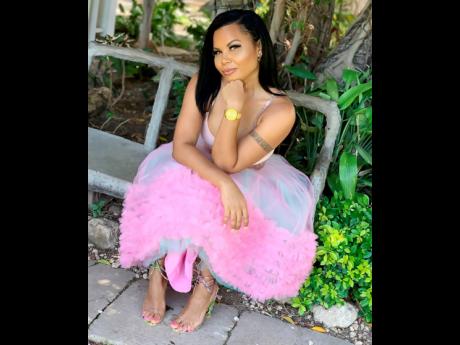 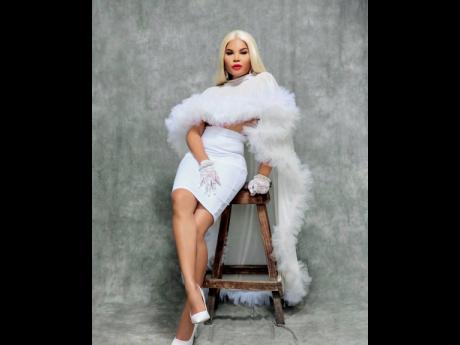 A Spanish artiste sporting the name 'Bad Gyal' has caught the attention of Jamaica's original 'bad gyal', Ce'Cile, and the entertainer is not pleased with the blatant cultural appropriation.

Pointing out that as the creator of the 'bad gyal' phrase, Ce'Cile says the latter is more than just a name to her; it is the foundation on which she's built her entire professional image.

"Bad Gyal didn't just come out of nowhere. It was a song that I had with Elephant Man that I created a whole image around and what 'bad gyal' meant to me. Bad girl comes from somewhere, 'bad gyal', I started saying that when I had the song and I created the gyal spelling. Check it pan Google, it never existed before 2002," she explained. "I also have that word 'bad gyal' registered as belonging to me in this country. For her to create that persona and taking it further and saying that she's dancehall bad gyal, it's just a slap in the face. Disrespectful," Ce'Cile told THE WEEKEND STAR.

The Hot Like We singer said foreigners taking bits and pieces of the Jamaican culture and calling it their own is nothing new but says she believes it's high time the industry stands united against the 'pirating'.

"I created that persona for myself and even Jamaicans have taken it with no regard for the fact that it's someone's creation and tried to use it. When I complain about it, some people say it's just a name but yuh see how far it reach? The other day a festival posted a picture and was using the Jamaican flag to sell the fact that this 'bad gyal' was on the festival. There are millions of people who are going to see this and when I go somewhere probably in her area, dem ago think I copied her. A big disrespect dat and me feel like if me create supmn, me must talk for my rights whether is a Jamaican a try use it without credit or a foreign girl. Weh di f**k yah go wid dancehall bad gyal? U bright and wrenk," Ce'Cile expressed.

She continued: "Make we stay deh a gwaan like we a idiot. A years this (cultural appropriation) a gwaan and dem a go take everything if we nuh get up and say no. A so dem did take dancehall and start call it another name. Until we get our sh*t together as an industry they will always come with more money and they will always take something of ours. They will always pirate it, tweak it, make it better and brand it as theirs.

We have built dances which when used Jamaica and the creator of those dances most times gets no credit. We have built words, created slangs which when reused it's like 'Oh this is from somewhere else'. We have created sounds, styles that have been reused, names and image that we get no credit for. We affi remember say we have millions of little kids weh nuh know nothing bout the history weh a go come and say a we thief things," she said.