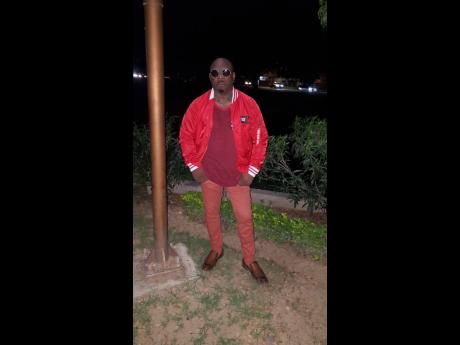 Journalist and recording artiste 1-can has weighed in on the perception that more Jamaican young women are choosing older men, and it is not just for financial gains.

"There is a thinking that older men are lacking in stamina, drive and performance, but for the most part, that assumption is now through the window. More and more young ladies are discovering that men their fathers' age are not only good for the financial security, but are more satisfying romantically," he asserted.

The topic is addressed in Sugar Daddy Zaddy, a newly released song by 1-can.

1-can, who is known not only for his sharp public commentary on topical and gender-related issues, but also as a no-holds-barred singer tackling touchy subjects through his music, says it has become commonplace for Jamaica's females to opt for elder males for a variety of reasons, chief of all for stability, he says.

According to 1-can, there was a time when a winter-spring relationship would be seen as one of convenience for the younger female. However, he is convinced that money is no longer the primary consideration for young Jamaican ladies who prefer even men twice their age.1-can argues that the high demand for greying men is creating a deficit in the availability of partners for young men.

"The complaints are loud regarding the instability and immaturity of young men. That is one of the reasons why they are losing out to the older fellas. Believe it or not, another reason is that the older, more experienced men make way better lovers. The young guys just cannot compete," he insisted. The singer 1-can was discovered by stalwart Junior Reid, who invited him to relocate to the reggae mecca, Kingston, from his native parish of Portland.

Known in media circles by his birth name Milton Wray, 1-can has long downplayed his own abilities as a singer and songwriter. However, his talents came to the fore when he went viral in social media with his live acoustic original, Made in China, his cleverly written tune protesting China's attempt at world economic domination. He then went on to elicit rousing applause at last year's Peabo Bryson and Regina Belle concert in Kingston, performing his shrewd ditty protesting the #MeToo movement.