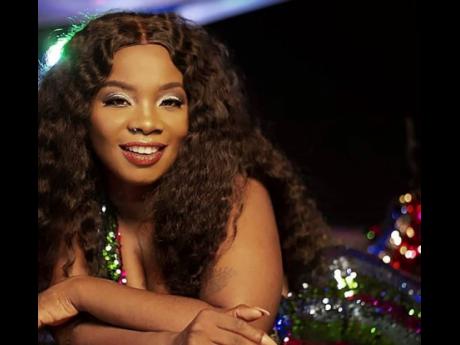 When seven-year-old Benjamin Bair is laid to rest on Sunday, December 8, dancehall artiste Pamputtae will be called upon to sing at his memorial service.

The entertainer told THE STAR that her presence was requested by Bair's mother, Japhene Campbell, who wants her to attend the funeral and perform her song, Single Mother.

"She say from the first time she hear di Single Mother song, she a say, 'Da girl yah know everything weh me a go through, a me she sing di song fa" so she really want me come gi her a strength at the funeral. She make me break down when she tell me her story and wah happen to her.

It nuh easy, innu. To the way how she grow her kids dem, her lifestyle, weh she go through fi care fi dem, dis weh she a go through can't easy and me just wah show her strength any way me can," Pamputtae said.

Pamputtae said being a single mother herself, she cannot imagine the pain Campbell must be feeling now. She expressed that even if she were booked on the day of the funeral, she would have to shift things around just so she could attend.

"Yuh know how it hot? Imagine yuh bathe yuh baby and give him breakfast, send him go school and den yah go hear say a rubbish truck crush yuh baby. Come on, dis lady need comfort, and me feel good say di Single Mother song can do dat fi her," said Pamputtae. "She made a special request, and if me did even have supmn fi do, me would a haffi make some space. People nuh really acknowledge the song like that and dem nah really give it the credit like dat, but me glad fi see say this lady weh go through so much, a song like dis can make she feel good."

The entertainer, who visited Campbell last week, said she's urging Jamaicans to reach out to the grieving mother. She expressed that in times like these, small words of encouragement can go a long way for people going through such a tremendous loss. "Going and talking to her, one a di time she a tell me say she nuh know how she a go live without her baby and me affi a encourage her and a tell her say, stay strong. If yuh can reach out to her, dweet, cuz she need help. Me going there go visit her, it made big difference. She need people to talk to her and uplift her spirits," Pamputtae told THE STAR.