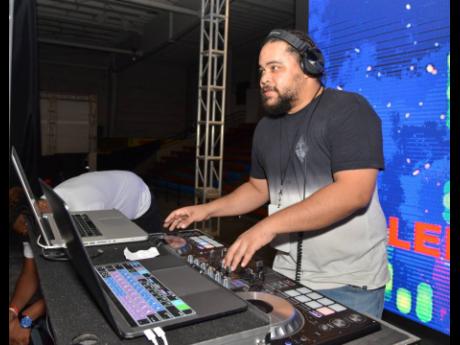 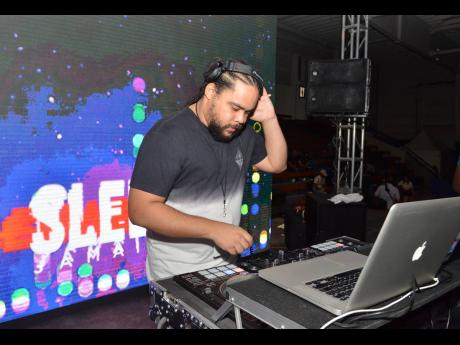 At the start of his career as a disc jockey, Richie Ras shared that he was doing what every other disc jockey was doing; playing at popular parties or attending the different dances.

“But I wasn’t seeing the advancement I wanted to, at the speed I wanted it to happen,” he said.

From purchasing records on a Friday evening after school, to spinning a set in a private setting, Richie Ras eventually started entertaining at barbecues and car washes.

Then as the love and exposure grew, playing music turned into a brand for the young Richard Spence (his given name).

He laughs as he recalls the beginning.

“It was in third form of high school, the year was 1997, now I am showing my age, but I, like many of my friends from the neighbourhood I grew up in, shared a love for music and watched as our own parents played records on a Sunday evening,” he said. “We would all choose a meeting place, at one person’s or the other’s house, and play music until a parent ran us out; and it went on like that for years.” About 10 years to be exact.

His professional career launched in 2007, at the request of his parents, after he completed his undergraduate degree in sociology at the University of the West Indies and a master’s of business administration (MBA) in human resource management at the Mona School of Business.

He candidly said, “Education was one of the most important things for me growing up, being taught to always put it first. So, literally, one request of my parents was to finish school and then do whatever the hell you want. I held true to my word. Still, in those years, a lot of time was spent honing my craft.”

He said he spent “a couple of years well” devoting himself to the streets, while also looking at how things were progressing.

“I made the business-type decision to expand my catalogue and my brand. My MBA allowed me to look at myself as a brand, not just as a DJ. Throughout the whole programme, I met with persons older than me who dispensed so much usable knowledge in a short space of time,” he said.

Richie Ras says his studies provided him with a wider understanding of how society works, which is a great asset in understanding how people and relationships work and how to interpret the mood within a party.

With an ever-greater interest in connecting with a wide audience, he began to further explore ways how he could expand his know-how and audience, which involved travelling and learning from others.

Richie Ras’ zeal for soca music and his reggae/dancehall roots would serve him well as he defined his brand as a Caribbean DJ.

While sitting inside the National Indoor Sports Centre on the weekend before his set at Xaymaca’s 2020 band launch, a sense of calm radiated from his person.

The DJ is happy with where his career is at the moment and is patiently awaiting the next move.

“I don’t see myself doing the same thing in the 10, 15 or 20 years; I am not doing the same thing I was doing 10 years ago. I will be taking it to another level … I expanded my brand by making an investment in entertainment and there is still more growth to be had,” he said. “There are so many areas in entertainment that are untapped; the next move for me is to play around more with production, but I honestly can’t put a timeline to it.”