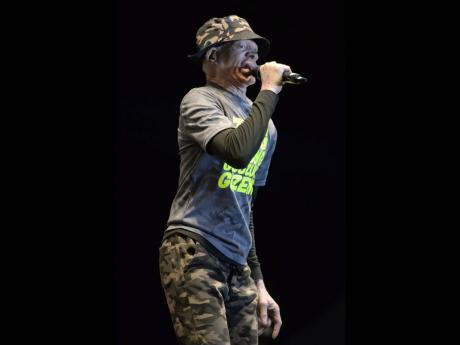 It may not be prime breadfruit-roasting season says Yellowman, but it is that time of the year when a lot of the staple food will be placed on open fires.

The reggae-dancehall icon said celebrating Christmas always meant roasting breadfruit and that's what prompted him to record Breadfruit Roasting On An Open Fire approximately 21 years ago.

The Jamaican Christmas song was sung to the rhythm of the classic The Christmas Song, often subtitled as Chestnuts Roasting on an Open Fire, written in 1945 by Robert Wells and Mel Torme.

"The lyrics came to me right away; I never had to write it down. Like most of my songs, I just went into the studio and recorded it," Yellowman told THE STAR.

Yet, he, like many of his listeners, credits Breadfruit Roasting On An Open Fire as one of the most popular remakes of the 1990s.

With lyrics like, " Breadfruit roasting on an open fire, mongrels nipping at your toes, dancehall songs, being sung by a choir, an' we dress up in we bashment clothes", the track had a signature feel to local culture.

Yellowman said, "When I was doing the A Very, Very Yellow Christmas album in 1998, covering those ol' time Christmas songs, most singers were just singing over Jingle Bells, Silent Night, Drummer Boy and White Christmas. I wanted the songs to have personality and a unique feel."

He continued, " Everybody knows, when gungo cook an' sorrel flow, Yu dun know seh season bright, gal an' bwoy wid them starlight ah glow", to speak about other food and the meaning to Jamaican families.

He said that the 12-track album does well every Christmas in terms of sales, and audiences he performs for within the Christmas week are guaranteed to hear a track or two in the set.

"The song as well as the album is older than my grandchildren. It is a blessing to see it still lighting hearts. More artistes need to do authentic Christmas remakes to the classics because that would be good for them to remain current throughout the holiday period for decades," he said.