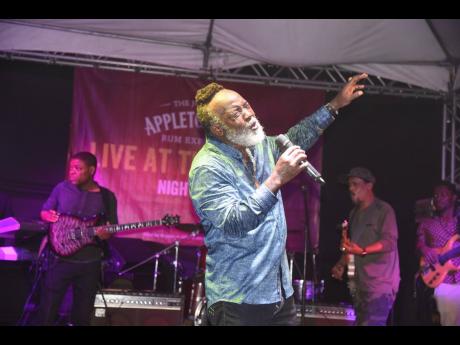 Freddie McGregor in full flight as he delivers another hit at Live at the Estate. 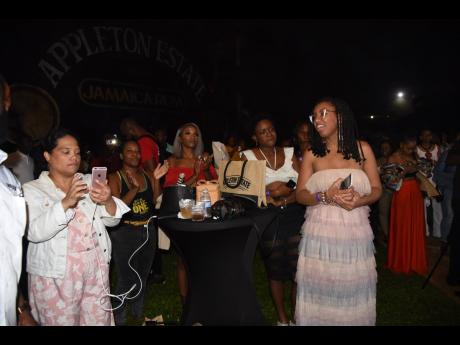 A section of the audience taking in the performance.
1
2

McGregor delivered from his various catalogue of hits in his performance that lasted little more than two hours.

It wasn't long after he touched the stage that he delivered two of his most loved selections, Big Ship and Push Comes To Shove, to the delight of the crowd.

As McGregor continued to rock the small crowd, the requests kept coming, chief among them And So I Will Wait for You.

He had earlier pointed out he had problems with his throat, but made it clear he came to treat the audience to quality music.

And he did with selections like Loving Pauper, I Was Born A Winner, and Let Him Try.

Later into his performance, McGregor did two songs from "a very special brother of mine", referring to the late Dennis Brown, which had the audience in a frenzy.

McGregor then dropped Here I Come, and even before he finished the first line, the audience erupted, forcing him to 'pull up'.

Revolution was his second selection, and by this time the crowd was singing along.

"I didn't think people my age would enjoy it. It was awesome," added Ellis, who said she is in her early 30s.

"I like the intimacy of his performance," said Rushel Brooks while adding "we need more of this show this side of Jamaica."

Kirk Delapenha, visiting from New York, said it was the best night of the two weeks he's been here.

"The night was very eventful. Freddie was on point," he said.

McGregor himself said: "I enjoy it tonight, and thanks to Appleton for this."

Telecia Lindo-Johnson, marketing manager for Appleton Estate, said the feedback from fans suggested it was a great night.

"We have been doing the marriage of rum and reggae music, two authentic Jamaican products, with our signature nights series, and we thought we had to bring some of that element to the home of Appleton Estate, and this is our first year of Live at the Estate," she said.