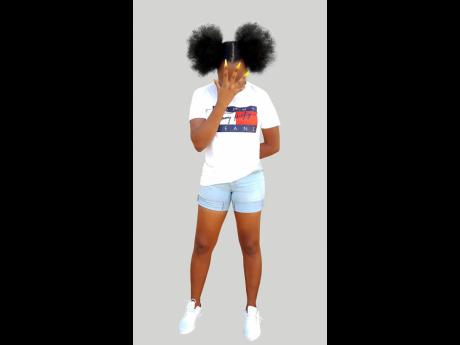 The true identity of up-and-coming artiste, The Blur Face Girl still remains top secret. Still riding on the name, she said that she is still not confident to make her identity known to the public.

"Plus it has been working in terms of making listeners intrigued to know who it is behind the songs," she said.

Critics have stated that The Blur Face Girl is the next unique female voice that dancehall needs for the new year, even though she does not make a big deal of her music.

"As far as my music goes, it has been a result of the motivation of people in my corner ... the ones I keep close. Ah dem push me to record, especially with my latest track," she told THE WEEKEND STAR.

The track is Long Live Kartel, an obvious tribute to dancehall's controversial superstar.

"The lyrics came out of a discussion that is recurring among dancehall circles ... who buss who and how many big names have given aspiring artistes a small chance. Normally, you see di yutes ah run back ah dem or dem might carry dem everywhere but sometime no recording ah gwaan," she said. "Me deh a studio one day and the topic come up. My answer is forever going to be Vybz Kartel. Him buss some of dancehall's most wanted like Tommy Lee, Popcaan, Shenseea and Masicka and so many others like Black Ryno and Lisa Hyper, who have taken it and made something of themselves."

The Blur Face Girl, who describes herself as dancehall's most wanted because of her unknown status, as well as the 'Gaza's Secretary of Defence', has not only been following Kartel's case and appeal, but revealed an attempt to visit him at in prison.

Despite Kartel's current situation, she says there is no reason for the industry to stop rating him.