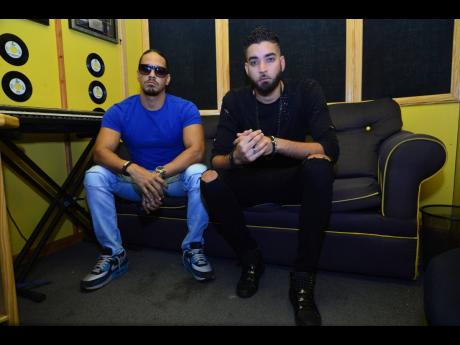 Chimney Records has released another project, the Aircraft Rhythm, which features acts such as Mavado, Aidonia, Chris Martin, Shenseea, Govana, and Ding Dong.

"The riddim has been performing really great so far, five of the songs were trending in Jamaica the day after the release with Govana holding the number one spot for over a week," said one of the principals, Jordan McClure.

With a total of 10 songs, the rhythm has also received support from radio DJs and party selectors all around North America, Europe and the Caribbean.

Over the past decade, Chimney Records has churned out some memorable hits.

Working with a plethora of local and international acts such as Chronixx, Mavado, Tessanne Chin and I-Octane, the production company has poised itself as a well sought-after brand in the music industry.

"Many things contribute to the overall success of the brand. But in my opinion, the two main things are a constant desire to improve, innovate and develop our talent, sound and quality, as well as maintaining good relationships within the music industry," said co-principal David Hayle.

Now, looking ahead to 2020, Chimney Records has no intention of slowing down and has plenty of new things in store.

"We are currently in the process of expanding the brand locally. There is no shortage of talent in Jamaica and we would like to play our part in providing some of these creatives with a platform which they can use to showcase their talents and also add to the future of Chimney Records in dancehall," McClure said.