Brad Pitt said he would have shared the raft in Titanic 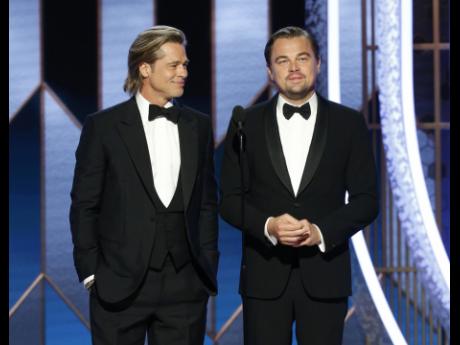 Referring to DiCaprio’s on-screen death in  the epic 1997 romance and disaster film, Titanic, he quipped: “Still, I would have shared the raft.”

DiCaprio portrayed Jack Dawson in the epic film. Jack and Rose, played by Kate Winslet, were in freezing in the water after the massive ship sinks. Jack found a makeshift raft and insisted she climb on it while he stayed in the water. Of course, he died and Rose lived.

Pitt's playful comments were made during his acceptance speech, having won Best Supporting Actor in a Motion Picture for Once Upon a Time ... in Hollywood.

DiCaprio lost out on the Best Actor in a Motion Picture - Musical or Comedy award to ‘Rocketman’ star Taron Egerton.

Taking to the stage at the Beverly Hilton hotel, he said: “I also have to thank my partner in crime, LDC.

“Before The Revenant I used to watch year after year his co-stars win awards and get up and thank him profusely and I know why. He’s an all star, he’s a gent. I wouldn’t be here without you, man. I thank you.”

Accepting the Best Motion Picture honour, Sam said: “This is a huge, huge thing for this movie. It opens in a week wide.

“It’s difficult to make movies without big movies stars in the lead and get people to come and see it in a cinema. I really hope this means that people will turn up and see it on a big screen as it was intended.”