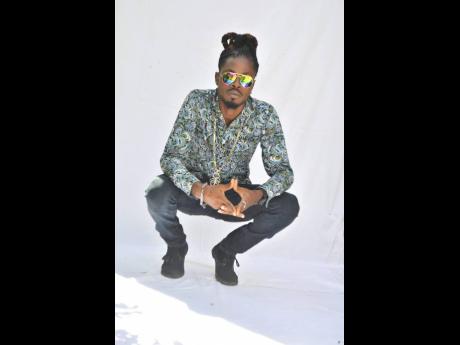 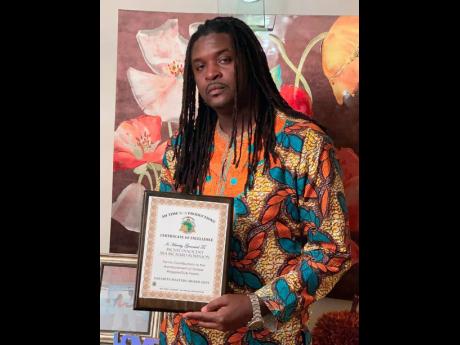 Richie Innocent holding the certficate of excellence he recived at the Sarabita Masters Award in New York.
1
2

Richie Innocent recognised for his poetry

Dub poet Richie Innocent recently received a certificate of excellence at the Sarabita Masters Awards in New York for his contribution to the global advancement of dub poetry.

The Kingston-born poet, who is known for poems such as Community and Good Old Days, said he is grateful for the award.

“This award was given to me by Ras Atiba, the founder of the Sarabita Masters … (Atiba) is one of the foremost dub poets and promoter of dub poetry in New York. So it is an honour to receive this award from him and his organisation,” said Richie Innocent.

He also added, “I’m happy to be a member of the new generation of dub poets in Jamaica. Together we are waving the dub poetry banner high and spreading the energy around the world.”

The Sarabita Masters Awards is an annual event founded by Atiba, whose given name is Emile Ivy. The first staging of the event took place in 2012

The 2019 staging was held at Stratosphere Studios in Brooklyn, New York, on December 20.

The former Spanish Town High School student, who is also a mechanical engineer, said the album gives him “fulfilment”.

“This industry continues to change, therefore one has to keep improving to keep apace; this means I am still a student of the musical art form,” Bling said.

He told THE STAR that he produced the album on his Fanci Bling Records label, and wrote all the material on the 10-track album.

Tracks include Come Here Pretty Girl and I Rolling, for which a video has been done.

“There are other songs on the album which carry relevant and positive social commentary. There are others that revolve around everyday experiences. So all in all, it has great potential for my career,” he said.