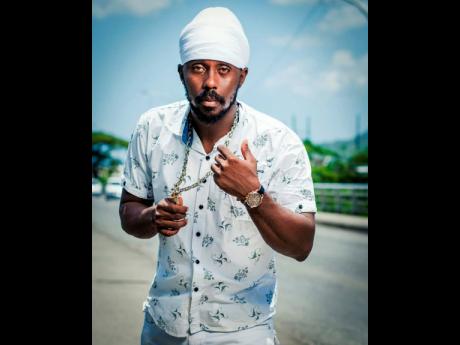 Irie Solomon produced four of the tracks, while Voltage of Architech Music produced the other.

"I am inspired by just about everything that happens around me each day and the opportunity the music presents to engage audiences worldwide," Irie Solomon said.

Tracks include Instrumental Love, Hills and Valleys, and Dirty Heart.

"I bring a different sound with a distinctive voice that defines who Irie Solomon is. The topics I write are about the everyday struggles of man, social commentary, love, relationships, and persons having a good time," said Irie Solomon.

From the community of Lyssons, St Thomas, Irie Solomon, given name Michael Peterkin, developed a passion for music at an early age.

His cousins owned and operated a sound system called Shalamar. One of his cousins, Daddy Slice. pursued music as a deejay.

Irie Solomon made his debut in 1998 with the collaboration titled Solomon, which featured the late recording artiste Passion X. King Jammys produced the song.

"From working with a legendary producer like King Jammys, I learnt a lot musically, including certain disciplines surrounding the music, the importance of proper time management, and producing music of a high quality and standard. To this day, I have applied all of these principles when I am doing music," Irie Solomon said.

A former student of the Morant Bay High school, Irie Solomon finished second in the Reggae Trail Talent competition in the early 2000s.

He was also voted first in TVJ's Roll Out competition in 2014.

He pursued a diploma in performance at the Edna Manley College for the Visual and Performing Arts.