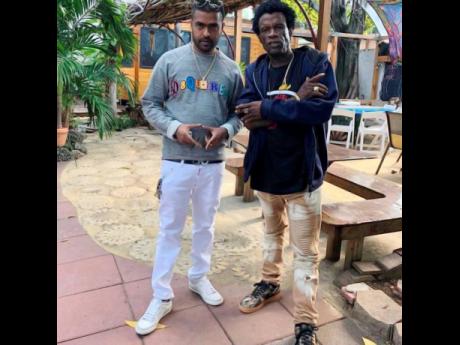 Dancehall artiste Danny Vengeance has taken a very difficult situation and turned it into a track titled The Baker, featuring Franz Capone.

He had to defend himself against an armed robber. The incident, which happened at his Florida home, was reported on the news and went viral on social media, thanks to his animated description of what happened.

Making the best out of a tragic situation, the artiste decided to lay it out on the track.

"Messages play an important role because the kids are the future; we have to protect them and show them the right way. Music is how we get to express ourselves," he said.

A music video for the song is currently in the works. Speaking of his sound, the artiste uses dancehall and reggae to express reality and consciousness.

"I've been getting good feedback and I really appreciate the love people are showing me. They're realising that I'm not a monster but a true and right revolutionist who is just protecting my family and myself from danger," he said.

Although his music career is kicking off at the age of 60, the artiste is working hard on making the most of his craft, while working closely with Capone, who he has known for a number of years.

Capone is known for tracks such as School Days, Catch the Flow and Probation Celebration.

With this being his first official single, Vengeance is currently focused on recording more songs for an upcoming EP, while working on possibly embarking on a world tour.