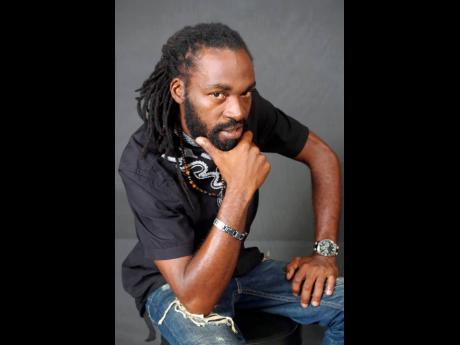 "I plan to display my versatility, positive, energetic vibes and wow the audience. I believe I have the next big hit and I want to share it with the Rebel Salute audience," said Dusty Vibes.

The Portmore-based singer says the Rebel Salute stage will expose his music to a wide cross section of music lovers.

"A platform such as Rebel Salute is a good one. The people that come to this event come for the natural vibes and conscious music. And that's what my music is about, good conscious lyrics and matters of the heart," he said.

Dusty Vibes is currently promoting the song Memories, the title track from his forthcoming EP, due later this year. The song was inspired by the death of his mother.

" Memories is a song which has been long in the making since I lost my mother at a young age. I also lost my father and my aunt in the same year, but death is something that a lot of people can relate to. When you lose someone, all you have left is memories," he said.

Dusty Vibes is originally from Kentish, a rural district in St Catherine. He learnt to play the drums at an early age, and he was involved in the church choir at Kentish Baptist Church.

He honed his craft by performing at community and school events. Later on, he along with a friend and one of his nephews formed a group, which lasted for a short time.

His cousin, roots singer I-Wayne, who gave him the opportunity to perform at several major events, introduced him to the music business. Both collaborated on a song called Hundred Spliff.