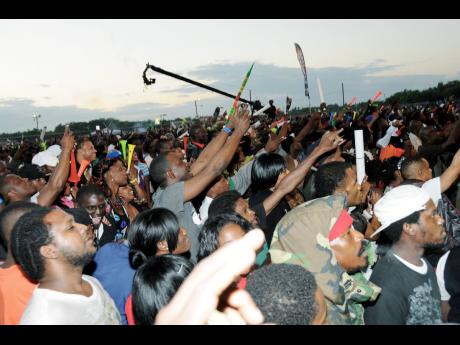 Sting patrons react to a lyrical shot from a performance. 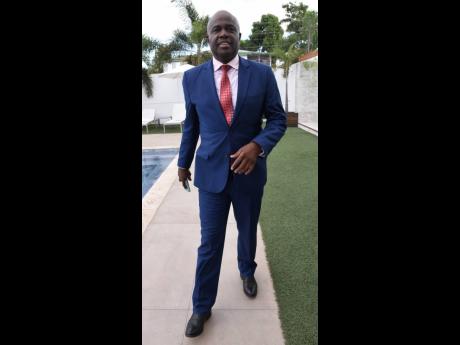 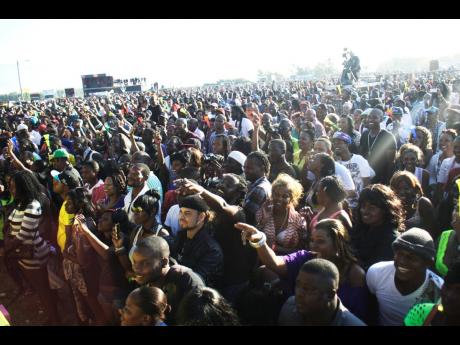 People may remember Isaiah Laing as either the 'badman police' or 'Sting promoter', but there was a time when the two personas overlapped.

As a young policeman back in the day, Laing would put on parties and shows, his first being a house party called 'Hit The Road Jack' in 1980, in Willowdene, St Catherine.

He would host a few more events before Sting. But a chance encounter sparked the event's genesis.

"We were on patrol and we saw Michael Palmer, who had the hit song, Dem A Lick Shot. Suh him come and sey: 'Boss, a we a sting and a we a shock, suh a we fi a do di show dem fi yuh'," Laing recalled.

Laing said that after returning to the station, he thought about it and, after toying with the name 'Shock', decided his next show should be called Sting.

According to Laing, "The very first year, we made a profit. We had 4,000 paid patrons and the entry fee was $20. The second year, it jumped from 4,000 paying patrons to 13,000, because that year we had a clash between Papa San and Tanto Irie. So after that, clash became a staple on Sting."

Sting eventually outgrew its original venue, later moving to the National Stadium in 1988, and then on to JamWorld in 1993.

Now, after a four-year hiatus, Laing is officially declaring that the show, which has been a dancehall staple for more than 30 years, will return this year.

"Yes, Sting is back for 2020!" Laing said. "For the last four years, every year I've been bombarded with people asking, 'is the show coming this year, boss?' Sting is the backbone showcase for the people of the world ... People have been out there talking, but now you're hearing it from me. It will be on December 26."

Laing is hopeful that Sting will be able to return to JamWorld (its home since 1993 - other than a one-off return to the National Stadium in 1997).

"But the state that it is in now, I don't think I can spend enough money to bring it to a comfort level for the people. But if we get the support, it will be at JamWorld ... otherwise it will be at the National Stadium or somewhere huge enough," Laing said.

Even though plans are in the early stages, Laing said that there are a few things that will be different. For one, there is a new investor, TP Data.

"I think I'm going to step back a little and send some new people up front ... maybe some younger people. I won't be the upfront person this time and I don't want to be," said Laing. "I'm also having an investor on board with me this time, so I'm going to put most of the burden (final decisions) on them. I will consult and let it flow."

Despite TP Data's involvement, Laing insisted that "a show of this magnitude will still need sponsors."

He admitted that he was trying to leave out clashes from the 'new' Sting, "because a lot of people are saying it causes violence".

"But if the artistes are mature enough to handle it, we can have a little one clash in the thing that spike up the thing ... but they have to be man enough, or woman enough, to go on stage and do the thing properly, if that is going to happen," he said. "If the artistes agree, then it will happen ... but they have to agree on the terms and conditions. The entourage on stage, it won't happen. You will get one person to be on stage with you."

Next week, in Part Two of the E-Probe story on the return of Sting, Laing will talk about some of the clashes that made the event a must-attend.