Spragga Benz ready to unleash the hits at Footloose 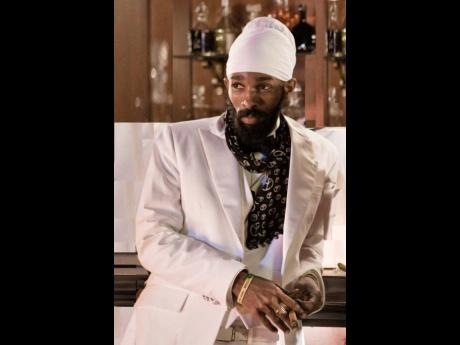 It has been a while since '90s deejay Spragga Benz made his presence felt on local stages.

Come this Saturday, he plans to deliver a special performance at the first staging of Footloose for 2020.

Dubbed 'Fashion Ova Style', the popular retro party series will see patrons soaking up a large catalogue of hits from the lanky deejay.

He promised fans would hear many of their favourite singles, like Girls Hooray, Tings A Gwaan, and Moving Up The Line.

"An event like Footloose preserves the essence of that era in dancehall for youngsters to experience and original fans to reminisce on the soundtracks of their youthful days," he said.

Spragga also said that he would be performing songs from his most recent album, Chiliagon.

Released last September, it topped the Billboard Reggae Albums chart for one week. It was his first album of new material in nine years.

"The album is one that I am very happy with the production. It is the first of its kind, in that it was recorded in the UK and it also incorporates most of the genres that were inspired by dancehall music, such as jungle, drum and bass, and grime," Spragga said.

Chiliagon was the second charting album of Spragga Benz's career, the other being Fully Loaded, which reached number eight in 2000.

Signed to Capitol Records in the mid-90s, Spragga released his major label debut, Uncommonly Smooth, in 1995.

He has collaborated with several US recording artistes, including dance music singer Shannon, pop singer and songwriter Carly Simon, and the legendary Ben E. King.

In 2004, Spragga enjoyed mainstream success when he was featured on the remix of Kevin Lyttle's Turn Me On, which peaked at number four on the Billboard Hot 100 chart.