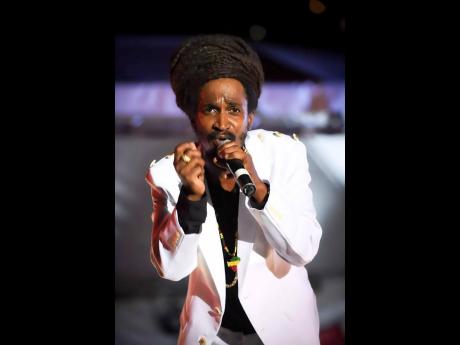 Reggae and roots singer Jahman shares his emotions on Chance to Say, a song that evokes matters of the heart.

It is to be released on Valentine's Day.

"The inspiration for the song was all about me interpreting what the rhythm told me to do right away, which was to have an in-depth conversation with the ladies," Jahman said.

He said the song was an expression of how he felt.

"It's about how I felt and at the same time, acknowledging how she felt too. Really, its being able to express my feelings," said Jahman.

Known mostly for his brand of conscious reggae music, Jahman previously released songs that deal with matters of the heart.

"I did songs like Altitude, She Never Waits and Control that were about the females and how I feel about them," he said.

With February 14 being celebrated worldwide as Valentine's Day, Jahman says the date holds no significance for him.

"I treat it as any other day of the year, because all the days are special to me," he said.

Jahman, given name Jahbari Carrington, is from St Thomas, US Virgin Islands. In 2018, his fifth studio album, Altitude, debuted inside the Billboard Reggae Albums chart top 10.