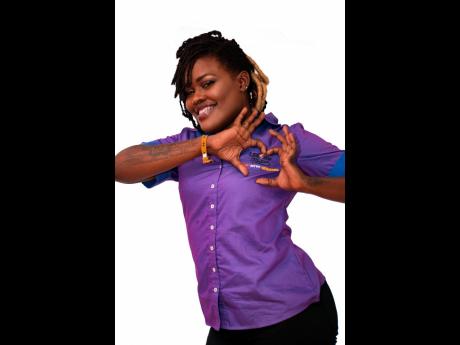 In an unprecedented move, a pool of Jamaica’s most talented female dancers have teamed up for one purpose – the Yummy Challenge.

The dance challenge, which has been taking over social media for the past few months, requires women to show off their sexiest choreography to the Justin Bieber Yummy track.

Dancers across the globe keep submitting their videos on social media in the hopes of getting Bieber’s attention or at the very least virality.

But for the 17 dancers in the video, inspired by Kimiko Miller from the Versatile Ones, it was all about unity and power.

Dancers’ Paradise could not get a hold of her as she is currently overseas, but Janel Mitchell, her colleague and dance mate, talked about the symbol of unity and power the video has become.

“Kimiko was the one who sent out a broadcast message on social media asking the female dancers to come together and build a choreography for it. When we put it (the plea) up on IG, everybody started commenting, saying they wanted to be part of it. TC, Dancing Rebel, Happy Feet, Pretty Pretty, everybody came out and said they would love to do it because it sound mad,” she said. “We chose a day when we would do a rehearsal and we took roughly two days to do the rehearsals and it was a group effort. No one person didn’t put the choreography together, everyone had an input and it came out great.”

She said that the video shows that women can come together as dancers and create a nice, clean choreography.

“It wasn’t a challenge for us all to work together because we’ve all worked with each other at some point in our careers,” she said. “We’re getting a lot of good response on it (the video). Nuff people never did a look fi see so many female dancers unite and do one dance. Everybody is so happy about being part of it so much so that we’re planning to do another video like this very soon.”

They’ve already achieved their main goal of showing off unity but Mitchell says it would be a bonus if Bieber were to catch on to their video and even endorse it.

“We’re also looking forward to him seeing it and we want the whole Jamaica to share it. It would really be great for us as dancers if he was to see it,” she said. “Even though we’ve all been a part of different projects before with different overseas celebrities, this would still be a good thing for us.”