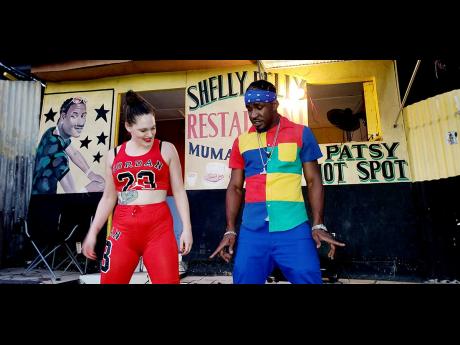 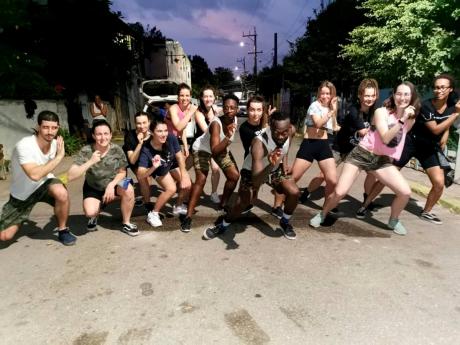 Dancer Boysie (centre) poses with members of his dance class who were visiting the island. 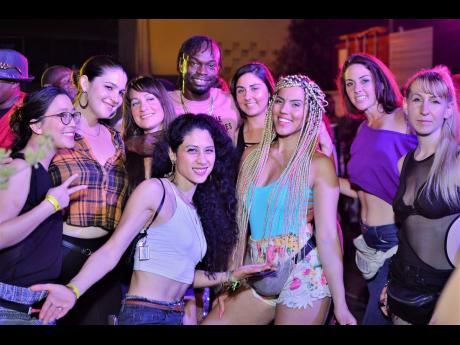 In this 2018 photo, Popular dancer Boysie Roses (at centre back) with a group of ladies from California.They were guests of the dancer at the ‘Sex in D City’ party held at the dock, Kingston waterfront. 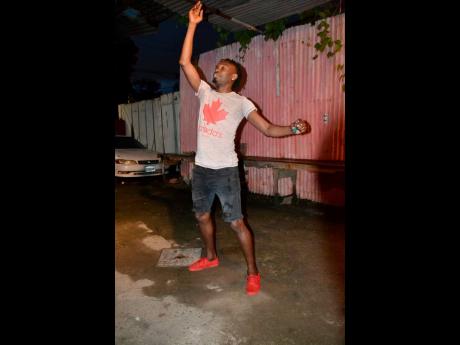 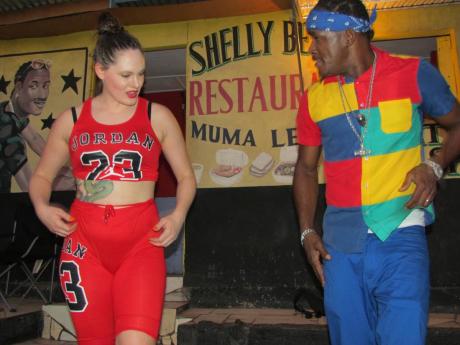 Very few things are as exciting to watch like the antics and dance moves on show at dancehall events. And so, it is no surprise that foreigners have been flooding the local dancehall space, eager to experience the culture in its authentic form, while learning how to perform some of the dance moves and routines.

This has given rise to a popular trend among local dancers, who have been hosting their own dance classes in the streets of Kingston, oftentimes on corners or communities from which they hail.

These tourists, however, do not make the trip across the world, just to learn a few dance moves, but they seek to experience as much of the local dancehall culture as possible, within a limited window of opportunity.

And during the daytime, there is no time to spare, as they make good of the dance classes on offer, seeking to learn some of the popular routines that are played out in the dancehall.

Dancer Lonsdale Guy, more popularly known as Boysie, tells eProbe that "It's the dancing that mek all a dem come here and then they fall in love with the culture after. Dancing inspires them to come, not the Jamaica Tourist Board or nuttn ... it's dancing. The dancing dey pon a level right now wey dem gravitating to it so much that dem jus save dem money, book dem ticket and come Jamaica and learn it the best way. Suh when dem come now, they realise that there is more to learn about the culture."

Boysie says foreigners are now arriving in groups from all across the world. Europe is where the majority of these tourists arrive from, countries like Poland, Germany, Sweden, Holland, Denmark and France, being among those most frequently being represented.

Boysie tells eProbe, that there have been arrivals from other parts of the world like Egypt, Israel, Brazil, Argentina, Chile and Mexico.

As for Boysie, he gives lessons at his 'Back To Basics' classes.

"Classes go by when trips are coming or when people are here," he says, contact being made by way of Instagram in most cases.

"Some people know that they are coming to Jamaica with their group, they book classes like three or four months in advance," he added.

Boysie says he finds that the foreigners mostly gravitate to the 'new school dancing', "because the new dancing is similar to hip hop, and most of them grew up to hip hop."

Classes originally started out at $1,500 per person, but has increased over time with the growing demand, and currently attracts fees anywhere between $3,000 and $5,000 per person. The classes range from one hour to two-and-a-half hours.

"The 'ole skool' dance moves are not easy to catch, one move alone tek dem all an hour ... some a bawl living eyewater when dem cyaan ketch di move. But the new step dem easy fi ketch," Boysie explained.

"Dem waan learn everything Shelly Belly do ... di latest one right now a 'Maestro', a it a connect now. But dem done get 'Tek Ova', 'Chip Chop' (and other dance moves he created) ... dem learn from the ole skool to the new skool," said Shelly Belly, who was about to get started with a dance class near his home off Lyndhurst Road.

The eProbe team caught up with Maria Opitz from Berlin, Germany, following the class. She described it as "mad fun, a good vibe."

Opitz, who professes her love for dancehall, admits that it was the 'vibe' that pulled her to Jamaica.

"Jamaica is full of good vibes and dancehall is my love and passion," she said.

It was her sixth visit to the island, but says it was only her second time coming for dance classes.

"The first time, it was like, not really planned, so we just go Jamaica because we want to experience a different culture. And then we see the dancing, fall in love with the dancing and then I search for a teacher," Optiz told eProbe.

On this trip, the Berlin native says, "Mi think me went to like almost every party - Uptown Mondays, Boasy Tuesdays, Weddy Weddy Wednesdays, Rapids Thursdays, Spicy Fridays ... almost every night, because we have just this (small) amount of time. You have one life, make it worthwhile ... learn, grow and experience, because there's a vibe in dancehall, it's a special vibe, so jus come and check the vibe."