Raw Cash aspires to be a dancehall great 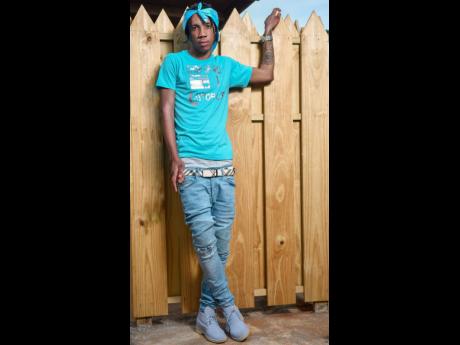 Manchester-based dancehall artiste Raw Cash is determined to make his mark on the local music industry.

The talented deejay, who is a past student of Holmwood High School, is currently enjoying a huge buzz with his single White Collar Crime.

The song, which was produced by Sanjay Norman, was released on January 8 by Outtaspace Records/Steelchest Records.

"I'm happy about the attention that my music is getting. Right now, this song is receiving a lot of support from DJs all over the world. I'm grateful to all the DJs who are supporting my career," he said.

Raw Cash says his ultimate goal is to become a top act in dancehall music.

"I'm getting a lot of attention all over Manchester, especially in my hometown, Hatfield. I'm grateful for the love of the people, but I'm not letting it get to my head because I know that I have a long way to go to make it to the top, and that's where I want to be. I want to be a top act in dancehall music," said Raw Cash.

The hardworking entertainer is engaged with several upcoming projects.

"I'm doing a lot of work in the studios. The music biz is fast-paced, the fans are demanding new music all the time, and I have to deliver. I'm recording some new singles, and I am also recording songs for an EP that I plan to drop this summer," he said.

Raw Cash, given name Adrian Brown, launched his recording career with a single titled Choppings, which was released last May on the Outtaspace Records/Steelchest Records imprint.