Turbulence pays ‘a tribute to mama’ 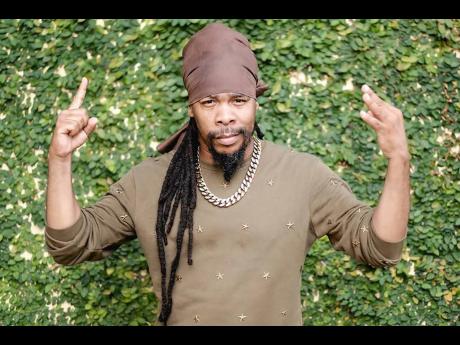 Reggae star Turbulence has transformed a social media-based, a cappella tribute to his mother, Vivalee Green, into an official song titled ' A Tribute to Mama'.

He said, "It was a moment of reflection. I did the a cappella as a tribute to my own mother, a woman who is my lifegiver, my ' viva' (which translates from Spanish and Italian to the English 'to live'). There was a lot of feedback, and then Marlon (Folkes) of Reggae Vibes (music label) say to me, 'No sah, my mother nuh gone, but it touch me', and created a beat for it."

Turbulence, given name Sheldon Ryan Augustus Campbell, said it has been hard coming to terms with his mother's death. Green, who was diabetic, passed away last July.

"I can't stop thinking about my old lady," Turbulence told THE WEEKEND STAR, "She is still in my memory. I can still hear her calling out 'Ryan!' So I am not going one day without feeling her spirit, which was one of positivity."

He said that when she was alive, he always showed her gratitude by way of the quality of music he put out.

"So now, doing a track for her when she gone, it kinda thump yuh in yuh face; more so as a youth who, if me have a problem, me a race go home for her to tell me what to do," he said.

He described his mother as a good 'area leader', the type who ensured persons in the community would have food when they knocked on her door.

"My mother taught me to look out for myself and always be safe in my actions, and that's what I want the people to do right now - the citizens, the artistes - we need more songs for motivation, to touch the heart. Some have a heart beating in the chest, but are neglectful of it. When you do things with emotion it is even better," he said.