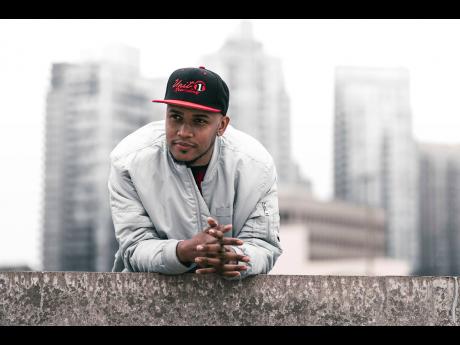 Recording artiste Fiyah MC is looking to increase his visibility by releasing more music videos and music in coming weeks. Like many of his colleagues, the entertainer has been using his time away from the stage to seek out novel ways to reinvent himself, hoping to come out on the other side of the coronavirus outbreak with an increased musical presence.

The artiste, who prides himself on his live performances, as well as his ability to dabble with various genres, told THE STAR that the coronavirus pandemic has presented a world of new opportunities, and expressed that as an artiste it is his duty to explore all his options.

"The main goal at this point is to make my presence felt through visibility. What I also notice is that people are more on their cell phones and computers now that qurantine is in full effect in countries across the world, so what better time to release videos and new music than in this period?" he said. "I love conscious music and I want my fans to expect that type of music, especially in these times when the world is uncertain and it's so easy to become overwhelmed. I want them to stay afloat with uplifting music."

Fiyah MC, who is currently working on projects with his brother Texfiles Music, also wants to push the envelope regarding the type of music being produced locally.

"Now more than ever we are living in a global environment, so why not do global things? Everyone is particularly connected now, and so I want artistes to break the box that many of them have been placed into. I am going against the concept that an artiste needs to stick to one genre or one style of music, and my colleagues should explore that idea as well," he said.

The artiste is currently promoting a new single, Run The World, produced by O.G.E Beats.

He has begun execution on a rigid promotional campaign strategy, which includes amping up his presence on the Internet.