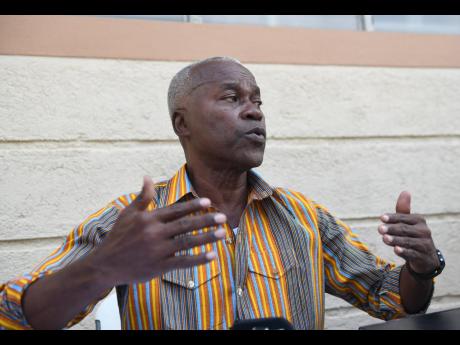 Bert Samuels, the lawyer for dancehall artiste, Shawn 'Shawn Storm' Campbell, one of the co-convicts in the Vybz Kartel murder case,  is disappointed that his client's appeal was dismissed by the Jamaican Court of Appeal this morning. Samuels, however, is not defeated and is ready to set the next step in motion.

We are disappointed, but we are prepared to go to the Privy Council,” he told the media gathered at a location in St Andrew on Friday morning to hear the judgement, which was handed down electronically at 9:44 am. “The judgement is about 100 pages and what we received is a summary. We will download it today and stay right here and read it,” he said.

Bert Samuels, Bianca Samuels, Isat Buchanan and Daynia Allen comprise the legal team for Campbell. In a message to Campbell on Friday, Samuels offered words of comfort. “Shawn, if you are listening, stay strong,” he said.

Campbell, along with Vybz Kartel, Kahira Jones and Andre St. John, is serving a mandatory life sentence, for the murder of Clive 'Lizard' Williams, whose body was never found. Prosecutors alleged that Williams was beaten to death at Vybz Kartel's home in August 2011 after being lured there to answer for two missing illegal guns.

All the men appealed their sentences and convictions in July 2018.

Regarding the timeline for the mounting of the new appeal to the Privy Council, Samuels is looking to no later than next year. “Definitely towards the end of 2020, but the COVID-19 is an issue which makes so many things unpredictable, but definitely we will be arguing latest 2021. Now, these men have been in custody since 2011 so they are prepared to wait,” he said.