Boom Boom says cops did not shut down his live session 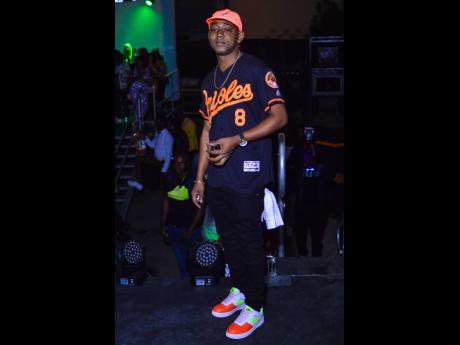 Popular dancehall selector Boom Boom is dispelling rumours that his Instagram Live show was shut down by law enforcers. According to a post made to a popular blog site, the selector was in the middle of one of his Boasy Tuesdays Instagram live sessions earlier this week when police officers showed up and asked him to end the feed.

Boom Boom said while police did turn up at his home during the filming of the live party series, he was finishing up his show and opted to end the session when the police informed him that the gathering in his yard had exceeded the 10-person limit stipulated by law.

"It wasn't a public gathering like I was keeping a party or anything like that. Me live in a family yard enuh, and so there are multiple houses in a yard. About 18 to 20 people live inna di yard and so when me a do me live, couple a we siddung inna di yard a enjoy it and, of course, a maintain social distance. The peace officers dem a pass and see the gathering and come over and count and see maybe 12 people and warn me say it fi be under 10," he said.

"Me explain to dem say a family yard and dem say well then we affi make some people stay inna di house and enjoy it. Me say OK and it was almost 8 p.m., so me finish up the live because we nah violate the peace orders."

"When the peace officers dem pull up, dem never gwaan no way. Dem never lock it off, so people just a spread rumours. Dem just make we know say even inna di yard, any gathering weh a gwaan nuffi past 10 people. Me never know that so dem teach me supmn new and me take the lesson and ah guh move forward," he continued. "We a law-abiding citizen and anything the law say, a dat we go by. We nah violate. Me still deal wid my live like a dance and me get permit fi a certain time. The curfew say 8 p.m., we done by 8 p.m."

The selector hosts three live sessions per week to coincide with the three outdoor events he used to have pre-COVID.